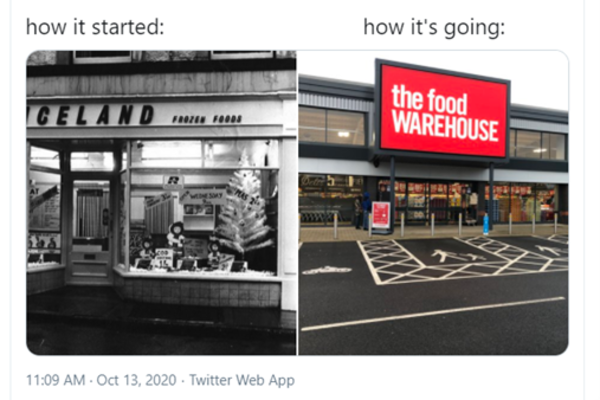 The founder Gymshark, Ben Francis, showcased how far the online activewear retailer has come since its inception in 2012, when he was only 19 and making gym clothes in his Birmingham garage while studying at university.

The picture he posted shows the original t-shirts first produced next to the newly built Gymshark HQ in Solihull. 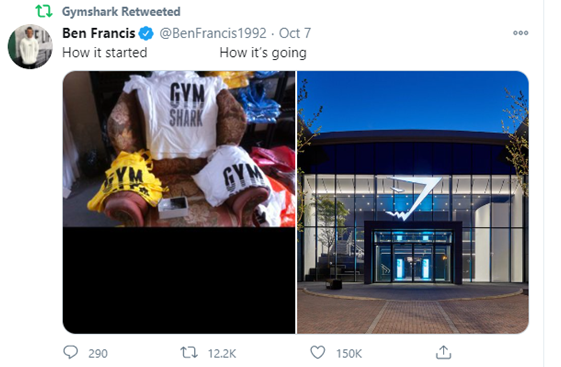 Now 26, Walker’s affordable luxury fashion brand is sold in London and Los Angeles stores, and also has concessions in more than 40 Topshop stores around the world. 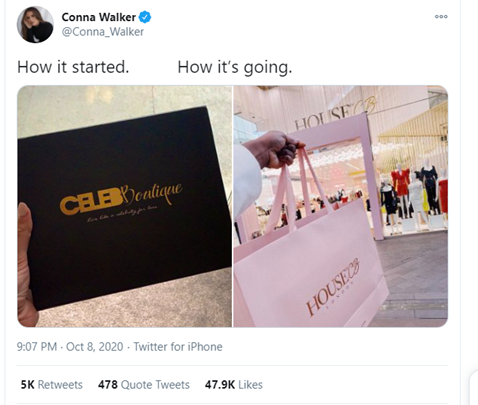 The grocer also got in on the action as Keith Hann, the director of corporate affairs, posted an image of the very first Iceland store.

Iceland was founded in 1970 and comprised of a single shop in Oswestry, Wales which sold loose frozen food.

Now the grocer employs over 23,000 staff – across both its flagship Iceland and larger-format Food Warehouse chains – and has an approximate 2.2 per cent share of the UK grocery market and a net income of £157 million as of last year. 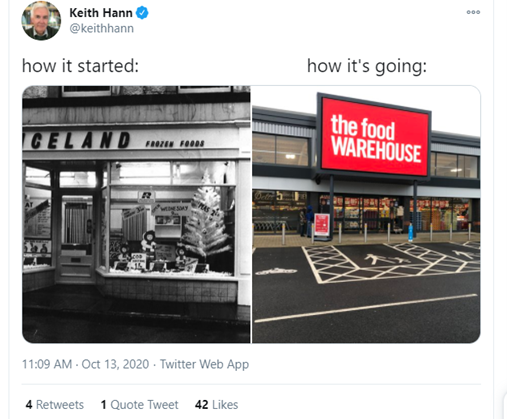 PrettyLittleThing has had a meteoric rise since it was founded in 2012 by Umar Kamani, the son of the Boohoo co-founder Mahmud Kamani.

Since then the online fashion retailer has solidified itself as one of the largest fast fashion brands, both in the UK and abroad by launching collaborations with popular artists and celebrities such as Kylie Jenner, Saweetie and Little Mix. 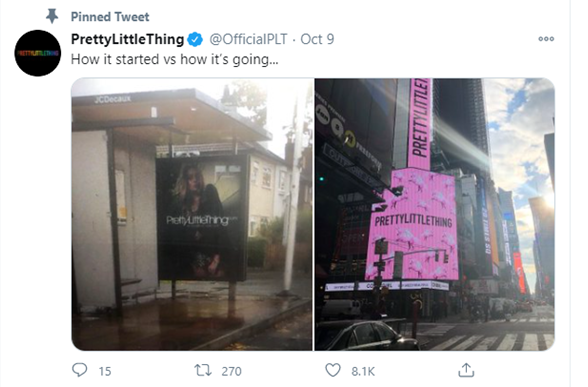 In 1976 the first ever Body Shop store opened its doors in Brighton.

By 1978 the first overseas franchise in the form of a kiosk opened in Brussels and by 1982 new shops were opening at a rate of two a month.

Since its opening by the activist Anita Roddick, the beauty retailer has continued to advocate for a number of causes, including being against animal testing, promoting renewable energy and raising money for victims of domestic violence.

It currently  operates in around 3000 stores in over 70 countries.