Kurt Geiger enjoyed both a sales and profit uptick in the year before the Covid crisis struck, and said it remains upbeat despite the grim conditions of the retail sector as a whole.

According to accounts filed at Companies House recently, sales at Kurt Geiger were up 3.7 per cent year-on-year to £347 million in the 12 months to February 1, 2020.

With the retail industry already facing challenges before the pandemic even struck, the fashion retailer said total like-for-like sales increased three per cent and that there was “a stronger level of growth in Kurt Geiger-fronted facias of 7.2 per cent on a multichannel basis”.

READ MORE: Kurt Geiger CEO says another 500 jobs cuts could be on the way

Meanwhile, operating profit jumped 22 per cent year-on-year to £29.7 million, factoring in non-recurring items of £2.4 million, which included one-off international expansion costs and costs linked to the launch of a new warehouse management system.

Kurt Geiger also ended the year with reduced its debt and cash reserves of £18.1 million, placing it in a relatively good position to handle the Covid crisis when it hit after the reported period ended.

While it has not yet revealed any details about its performance since then, the retailer said it was committed “to emerging from the pandemic a stronger and more meaningful brand that has close the connections to our much valued customers, employees and suppliers”.

However, Kurt Geiger did warn that the financial year ending this month meant revenue and profitability would be “materially impacted” by the pandemic, even though its digital platforms have continued to operate uninterrupted amidst lockdowns and other restrictions.

The pandemic has slowed down Kurt Geiger’s expansion plans, after it only added one store to its global portfolio of more than 70.

The other expansion plans were put on pause included growing its wholesale arm with partners such as Nordstrom and Zalando, a men’s footwear expansion in Harrods as part of the latter’s £300 million refurbishment plan, and opening more Carvela stores after a successful Westfield London debut.

Kurt Geiger said that in the year ahead, it would continue “to pursue a strategic plan, developing our brand are offering our partnerships and platforms to customers”. 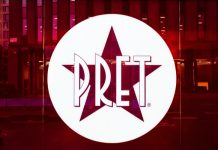