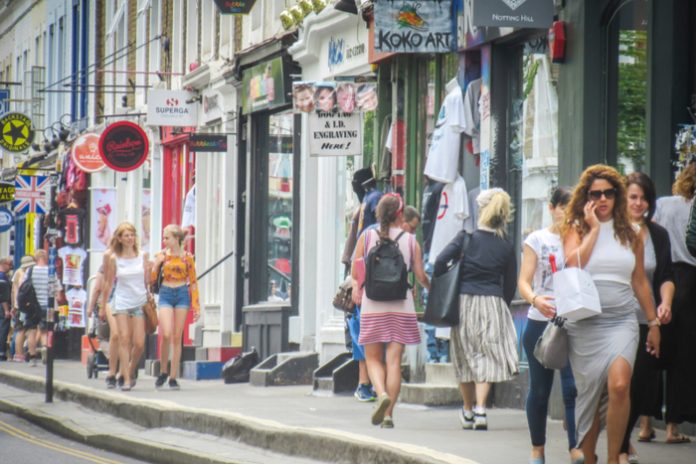 // Footfall across UK retail destinations increased by 6.6% last week from the week before, Springboard says

Footfall across the UK enjoyed another increase last week compared to the previous week, while also being a dramatic improvement on the same week in 2020 when the first lockdown came into effect.

According to the latest weekly data from Springboard, footfall increased 6.6 per cent in the week ending March 27 compared to the week prior, when footfall only edged up by 0.5 per cent week-on-week.

Springboard said last week’s footfall increase was due to people heading to garden centres and homeware stores to refresh their gardens ahead of the easing of stay-at-home orders starting today, whereby groups of up to six can socialise outdoors again.

Last week also marked the one year anniversary since the first lockdown in 2020 was implemented.

Springboard found that year-on-year footfall for that week increased 68.1 per cent.

However, it was still depressed compared to 2019 figures, with last week’s footfall being 57.3 per cent lower compared to the same week that year.

On week-on-week basis though, Springboard said footfall grew 6.6 per cent in high streets and 4.3 per cent in shopping centres.

Retail parks were the best performers, with footfall growing nine per cent week-on-week.

“The uplift was much larger last week, and this was primarily a result of far greater footfall in retail parks and shopping centres,” Springboard insights director Diane Wehrle said.

“The rise in retail parks most likely due to shoppers upgrading their gardens in advance of the relaxation of restrictions this week.”

With stay-at-home orders now reduced to a stay local alert, Springboard predicts that footfall will increase noticeably in the week ahead, possibly by as much as 15 per cent.

While this will help narrow the gap slightly between this year and 2019, a big gulf will still exist and Springboard said the only way it can “start to be bridged in a meaningful way” is when non-essential stores and outdoor hospitality reopen on April 12 in England and Wales.

Once retail reopens, Springboard forecasts footfall to rise by around 48 per cent from the
week before, with a further rise of around 10 per cent in the week following.