Following John Lewis’ recent announcement to close eight stores as part of its motive to downsize its estate and become more digital, it may have come as a surprise when it was revealed that it also wanted to overhaul its high street presence by opening mini stores within Waitrose supermarkets.

Earlier this week, it was revealed that John Lewis Partnership chair Dame Sharon White wanted most of Waitrose’s 331 stores to contain a John Lewis shop-in-shop within the next 12 to 18 months.

Since joining the retail giant early last year, White has announced several initiatives for the business. Having had no retail experience, she has likely found herself on the steepest of learning curves. She had led telecoms regulator Ofcom from 2015 to 2019, and also had a stint at the Treasury.

Upon her appointment at the John Lewis Partnership, she warned of potential store closures and job cuts as the company endured its most difficult period since the 1920s. During the same month, she hinted she could make some adjustments to a restructuring plan launched by her predecessor Sir Charlie Mayfield.

In July last year, White told staff that job cuts were imminent and would form part of a post-lockdown cost-cutting drive.

The following August, she said she was exploring the possibility of repurposing some John Lewis stores to private rented housing in a post-Covid market. Then in October, it was confirmed that 45 per cent of its London Oxford Street flagship – which equates to floors three to eight – would be converted into dual use space.

Most recently in November, White announced plans to axe up to 1500 jobs at its head office as part of the latest phase in the partnership’s five-year turnaround scheme.

Since launching The Partnership Plan last year, parent company of Waitrose and John Lewis has set out to reach £400 million profit in five years.

Undoubtedly, the mini shops initiative is a way for John Lewis to combine its department store offering with Waitrose’s grocery offering to help the partnership’s goal of “reaching more customers”.

However, it would likely only work in a limited number of stores, as Waitrose sites are generally smaller than the likes of Tesco and Sainsburys. The partnership may even need to consider which grocery products to ditch to accommodate John Lewis products.

John Lewis’ shop-in-shops plan is far from original. Such an initiative has been undertaken by other retailers over the years.

One of the most notable was when Sainsbury’s started to install Argos concessions within stores in 2016, shortly after the former acquired the latter. Last year Sainsbury’s reached an “important milestone” after opening the 300th Argos shop-in-shop in one of its supermarkets.

However, the Sainsbury’s Argos outlets are an extension of the grocer’s main retail estate where shoppers can browse the catalogue and complete their click-and-collect purchases. On the other hand, the proposed John Lewis shop-in-shop initiative would see more products on display within Waitrose’s stores.

Catherine Shuttleworth, chief executive of retail agency Savvy, highlighted how Argos was a fairly recent acquisition by Sainsbury’s, and its appearance in stores allowed it to expand its customer base. In contrast, John Lewis and Waitrose have been owned by the John Lewis Partnership since 1937. Shuttleworth said this meant more shoppers would already be family with the association of the two retail chains, and idea of a John Lewis concession within a Waitrose would probably feel like more a departmental change – rather than a fundamental one.

Catherine Erdly, founder of the Resilient Retail Club, agreed. She said John Lewis concession plan was in fact a similar idea to that of Sainsbury’s Argos – of adding functionality to a destination shop and allowing Waitrose to offer a wider range of products under the John Lewis umbrella.

“What remains to be seen is whether or not these mini John Lewis stores will be as focused on having as much as stock in them as an Argos, and whether they’re going to be more focused on the multi-channel functionality,” Erdly said.

The John Lewis Partnership posted a pre-tax loss of £635 million for the interim period ending July 25 last year – a dramatic plunge compared to the £192 million half-year profit it recorded the same time in 2019. The UK’s largest employee-owned business also slashed the value of its stores by £470 million and scrapped its annual bonus for staff – the first time it had done so since 1953.

Yet the shop-in-shop plan may not be a surprise entirely, even with the gloomy interim results from last year. Back in 2019, John Lewis had first announced a concept store based in its Waitrose food stores. It said it could roll out the new concept to up to 50 Waitrose shops. Fast forward to February this year, when John Lewis launched its fifth shop-in-shop inside a Waitrose at the latter’s Wallingford branch.

White said wanted to roll out the format across the country as the partnership reshapes its store estate. With two-thirds of John Lewis’ £4.8 billion annual sales expected to go online by 2025, White was working on re-establishing the department store’s position in the digital market.

Although John Lewis has managed to avoid going bust like fellow department store chain Debenhams – which collapsed in December and placed 12,000 jobs at risk – the partnership is anticipating a slump in the department store’s sales when it posts annual results next week, as the pandemic continues to affect trading for many retailers.

Erdly said this new feature from John Lewis would be less about the closure of fellow department store Debenhams and more about maximising the reach of the John Lewis brand as well as doing what it can to improve sales densities per square foot in Waitrose stores.

“It’s going to be less about trying to get a wider reach and more about having an accessibility point for customers no doubt to tie in with its online offering,” she told Retail Gazette.

While the closure of Debenhams may have had a localised impact on John Lewis’ sales, it would not likely provide a long-term solution to the problems that John Lewis faces now.

“The store within store feature is likely to be about giving customers a flavour of the John Lewis product selection but also no doubt the ability to order something for click-and-collect or have a drop-off point for returns so it gives a physical presence in a much wider store base,” Erdly said.

“It also gives people another reason to come to those Waitrose stores as opposed to just for groceries.”

She added that it makes sense that John Lewis is trying out a smaller format given that a larger store fit and refurbishment programme would cost more to implement.

Retail expert Nelson Blackley explained that with the combined expensive town and city centre space and falling footfall, John Lewis “urgently” needed to find an alternative model for its physical presence across the UK that meets the needs of the 21st century and post-Covid consumer.

“However, a carefully curated selection of relevant products will benefit the Partnership overall and increase the opportunity for linked sales.”

Shuttleworth argued that the John Lewis Partnership’s new leadership team – which recently saw Rita Clifton replace Keith Williams as deputy chair – was reviewing its existing estate, looking at opportunities and making a business fit for the future in line with changing shopping habits.

“This initiative is about how the Partnership can maximise opportunities for retail space moving forwards,” she told Retail Gazette.

“Mini John Lewis stores in Waitrose stores seems like a good opportunity especially for the department store business as it gets to access the footfall enjoyed by the supermarket business without massive capital outlay with a shopper base and with a positive bias towards the brand.”

At a time when pandemic has shown the propensity to shop local, John Lewis’ shop-in-shops are likely to launch in local spots rather than large cities. The plan is inspired by a similar move by Nordstrom in the US, which has opened neighbourhood stores where shoppers can meet a stylist, have clothes altered and pick up orders. With the latest mini John Lewis opening in a small Oxfordshire market town, Shuttleworth said the partnership evidently expects this trend to continue.

“By opening in these market towns, John Lewis is offering both convenience and something that no one else is offering in the locale. That can’t be said of bigger cities/towns,” she said.

“John Lewis is facing what is probably its greatest challenge in terms of the shape of its retail estate.

“The partnership needs to ensure that these investment decisions around the shape of the store estate of the future persuades shoppers to part with their money at John Lewis rather than anywhere else.”

Blackley added that the location was fine as part of a trial, but in the long term John Lewis would need to broaden its base. He said having some representation in several hundred Waitrose stores across the UK, compared with a few dozen John Lewis department stores could help achieve this.

“If this proves a success, there is nothing to stop John Lewis from looking to open additional ‘shops-in-shops’ in partnership with other national retailers that are looking for complementary product ranges to help occupy excess store space,” Blackley told Retail Gazette.

There is no question that the store estate would need to evolve as shopper habits are changing and that investment decisions would have to be made on a store-by-store basis.

John Lewis is hoping to offset concerns about the decline of the high street by adding outlets to its Waitrose shops – especially after announcing plans to close eight more department stores this year.

Last year, John Lewis said it expected at least 60 per cent of sales to come from its online business, which means it could radically downsize its bricks-and-mortar business.

However, a strong store business will remain crucial to maintain brand presence and shopper involvement, and John Lewis faces the challenge of creating a retail space where shoppers can lured.

This means investment decisions about stores would need to be made in the right locations to encourage shopper loyalty to the John Lewis brand – whatever channel the consumers chooses to shop from. 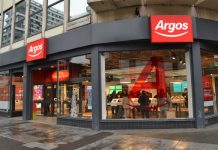 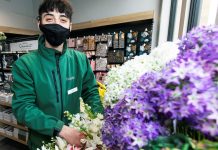 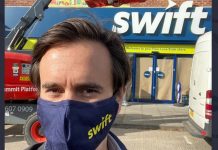