// When Sir Charlie Mayfield’s plan was launched in October, the firm said that White concurred with it

// White now hints at making adjustments, although she agreed the “Future Partnership” structure is right for the business

The new chair of John Lewis Partnership has hinted she could make some adjustments to the firm’s restructuring plan launched by her predecessor Sir Charlie Mayfield.

Sharon White, who joined office earlier this month, implied in an interview with the partnership’s in-house magazine the Gazette that she may make changes to the restructuring plan – although she also made it clear she she was confident that “Future Partnership” structure was the right one for the business.

When Mayfield’s restructure was first unveiled in October, the parent company of John Lewis and Waitrose said White concurred with it.

White has since told the Gazette that “there will be some adjustments”, but stressed that the partnership was “stronger” when it works “collaboratively” thanks to a 40 per cent customer overlap.

“At the same time, our brands speak to different customers and the rhythm of running a department store is not the same as that of a food store,” White said.

“So, before we close the top structure, I want to make sure we get the best of both worlds, integrate the areas where we get more efficiency and serve customers better, without losing the distinctiveness of our brands.”

The news comes after White recently warned of potential store closures and job cuts as John Lewis Partnership endures its most difficult period since the 1920s.

Speaking at a private meeting of the employee-owned company’s staff council earlier this month, she reportedly said there would be “difficult decisions about stores and about jobs” this year.

White is now set to meet the board this week to decide if staff will be awarded their annual bonus this year.

The partnership’s Christmas results – where Waitrose like-for-like sales edged up by only 0.4 per cent while John Lewis’ sales dropped by two per cent – had prompted then-chairman Mayfield to warn that annual staff bonuses may be scrapped for the first time in 67 years.

Meanwhile in its half-year report published in September, the John Lewis Partnership saw underlying pre-tax loss come in at £25.9 million, compared to profits of £800,000 for the same period in 2018.

This marked the first half-year loss in the company’s history.

The restructuring plan will effectively merge John Lewis’ and Waitrose’s head office functions into one team, resulting in 75 job cuts and savings of around £100 million.

The John Lewis Partnership has stressed that its restructuring plan was not in response to cashflow issues that have sent a raft of fellow retailers in the path of CVAs or administrations. 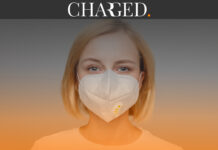 Face masks sold in major UK retailers let through 93% of particles according to Which? 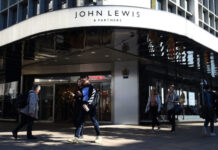