// The store will feature all of Frasers Group’s key fascias, alongside a beauty & restaurant offering

Frasers Group is set to open the doors to its very first Frasers store in Wolverhampton next week in time with the reopening of non-essential retail in England and Wales.

The 34,000sq ft department store is located in the Mander Centre, in a unit once that was once occupied by Debenhams, and will offer beauty, fashion, premium and contemporary accessories and designer childrenswear from a range of 120 brands.

Frasers will also feature homewares in an interactive Frasers House area of the department store, and a new in-store restaurant.

With adjoining Flannels and Sports Direct stores – both with separate entrances – and Frasers at the heart, the three shops combined create a 60,000sq ft space where all of Frasers Group’s fascias are available under one roof.

The new Frasers fascia is the luxury offshoot of House of Fraser, which the Mike Ashley-owned Fraser Group acquired in August 2018 in a £90 million pre-pack administration deal.

Speculation has been rife that the firm was eyeing up several House of Fraser stores – and other possible locations – to be converted into Frasers, as part of Ashley’s ambitions to turn the department store chain into “the Harrods of the high street”.

Frasers Group had taken over the empty Debenhams unit in Wolverhampton back in October 2019 and so far the only other site that is confirmed to become a Frasers site is in Sheffield’s Meadowhall shopping centre, in the unit currently occupied by House of Fraser. 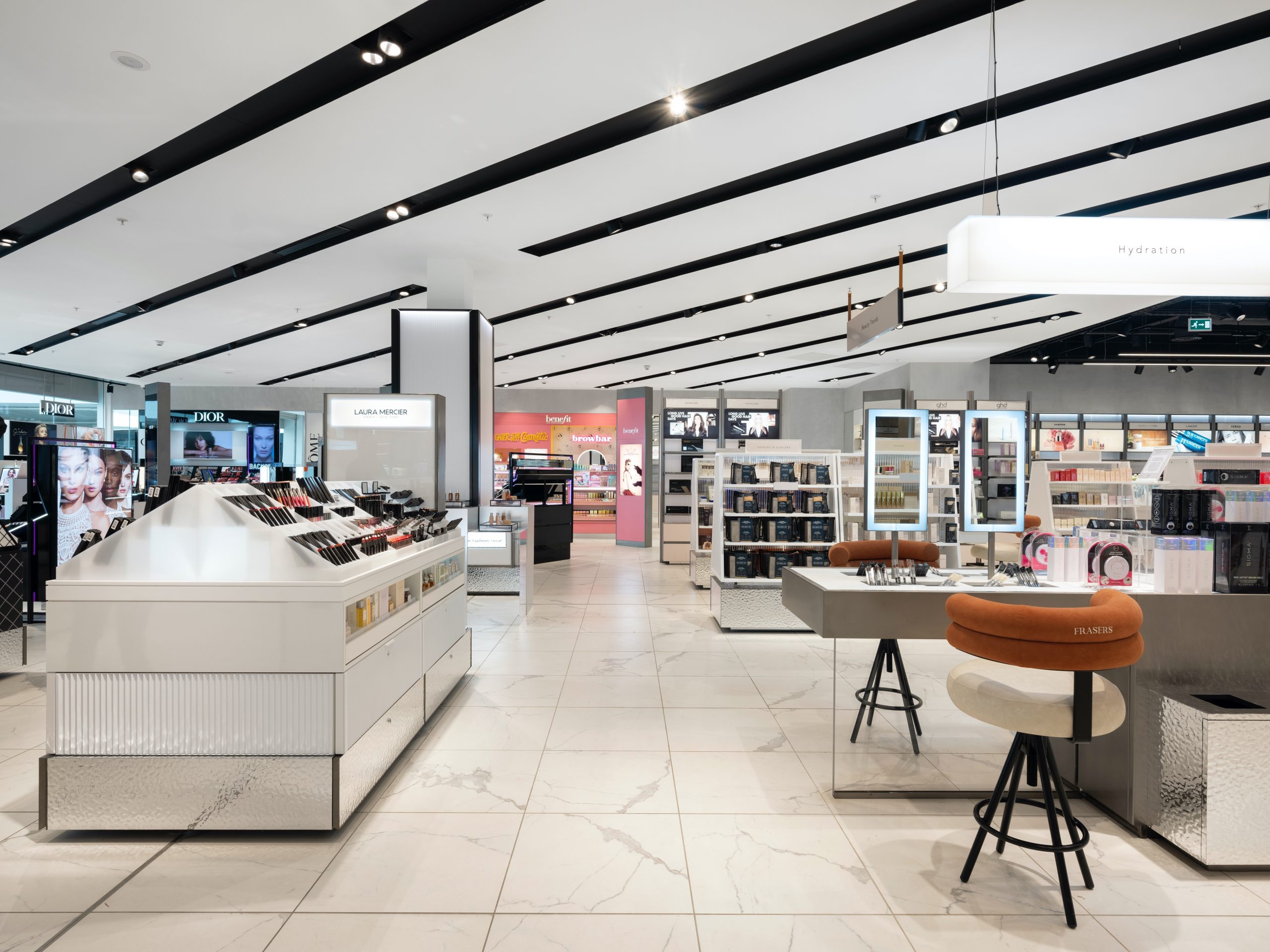 “[The Wolverhampton launch] is a pivotal moment for the group as we open our first multi-fascia destination to feature a Frasers store,” Frasers Group head of elevation Michael Murray said.

“We are committed to raising the bar for retail and delivering aspirational stores with a focus on experience, brands and service, Frasers Wolverhampton demonstrates our dedication to, and our vision for, the brand’s future.

“Not only are we opening brand-new flagship stores in some of the UK’s biggest cities, but we are also investing in elevated propositions in smaller towns like Wolverhampton setting the benchmark for regional retail and demonstrating the ambition and scale of our strategy.

“This new lifestyle proposition means residents of Wolverhampton no longer need to travel to Birmingham to seek the best luxury, fashion and beauty brands, and we hope they will welcome these much-needed additions to the city with open arms.”