McArthurGlen has officially opened the first phase of its brand new designer outlet centre in the West Midlands.

Located 30 minutes north of Birmingham, the new McArthurGlen Designer Outlet West Midlands is a £160 million fashion destination that is poised to be the only stand-alone shopping centre to open in the UK this year.

McArthurGlen Designer Outlet West Midlands also marks the group’s first UK opening in over 20 years and its seventh designer outlet in the country, and 26th globally.

“This opening represents not only a huge milestone for McArthurGlen as we continue to grow our European footprint, but a defining moment for brick-and-mortar retail as the only stand-alone shopping centre to open in the UK this year,” McArthurGlen co-chief executive Susie McCabe said.

“As we emerge into a new consumer landscape, we know customers still crave the extraordinary day-out shopping experiences and moments of magic that only physical retail can offer, and we remain extremely confident that West Midlands will deliver this.”

Spanning 285,000sq ft in total over two phases, the centre will create 1000 new retail jobs for the community, supporting around £20 million of employment income each year.

To help reduce its impact on the environment, the centre also features around 400 newly planted trees, along with solar panels, on-site beehives, a wormery, electric car charging points and bicycle parking. 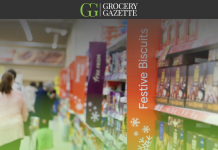 500 jobs in the balance as Elkes Biscuits crumbles 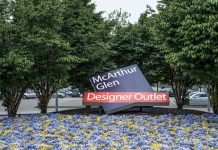