The Hut Group has signed a deal with Japanese conglomerate SoftBank to receive $2.3 billion (£1.6 billion) in investment.

Softbank was unveiled as the backer of a $1 billion (£710 million) fundraising intended to fuel The Hut Group’s growth.

The investor will inject over £500 million into a deal that The Hut Group chief executive Matt Moulding said would allow him to “invest aggressively”.

The Hut Group also revealed plans to spin-off its Ingenuity arm, which aims to rent out its online retail and logistics infrastructure to third parties, as a separate subsidiary in which Softbank may also invest.

The arrangement grants Softbank the right but not the obligation to acquire 20 per cent of Ingenuity for $1.6 billion, implying a valuation of $6.3 billion.

“Softbank allows us to super-accelerate the prospects of Ingenuity,” Moulding said.

Moulding owns 319 million shares and has a 25 per cent stake worth £2.2 billion before the placing, which was due to be completed before the stock market opens on Tuesday.

The Hut Group said it had consulted major shareholders on its deal with Softbank.

“The consultation has confirmed the board’s view that, given the current market environment, the placing and the subscription are in the best interests of shareholders in THG,” the group said.

Existing shareholder Sofina will also invest $85 million in the placing. 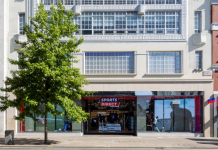 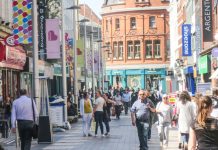