// 70.12% of shareholders vote against Morrisons’ remuneration report at its AGM

// CEO David Potts was to receive the maximum £1.7m bonus for the past year, despite profits plunging £165m

// He was handed a total pay package worth £4.2m including the bonus

More than two thirds of Morrisons shareholders have voted against the grocer’s plan to hand bosses bumper payouts after removing the £290 million cost of dealing with Covid-19 before calculating bonuses.

The retailer said that 70.12 per cent of shareholder votes were cast against its remuneration report at its AGM in Bradford today.

In its annual report, Morrisons said chief executive David Potts would receive the maximum £1.7 million bonus for the past year, despite profits plunging £165 million from £435 million in the previous year.

The retailer’s boardroom committee had upgraded the chief executive’s payout after it stripped out the cost of the Covid-19 pandemic when calculating whether a bonus would be appropriate.

Potts has been handed a total pay package worth £4.2 million including the bonus.

On Thursday, the retailer said it noted the “very significant majority” vote against the pay deal but staunchly defended the boardroom decision.

“In the committee’s view, Morrisons performed exceptionally well for the nation during the first year of Covid with the executives widely recognised for their leadership, clarity, decisiveness, compassion and speed of both decision-making and execution,” Morrisons said in a statement.

“It is a matter of sincere regret to the committee that it clearly has not been able to convince a majority of shareholders – or the proxy voting agencies – that this was the right course of action.

The investor outrage comes a year after more than a third of investors voted against its pay policy for 2019-20, amid concerns over generous pension deals for Potts and chief operating officer Trevor Strain. 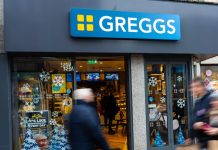