// Hotel Chocolat to repay all furlough support it received during the pandemic – a total of £3.1m

Hotel Chocolat has upgraded its profit forecast once again, after strong trading since the reopening of shops in April boosted its overall annual sales.

The confectionary retailer said its full-year profits were expected to be “higher than previous expectations”, having last upgraded its profit forecast in May in the wake of strong Easter trading.

For the year to June 27, Hotel Chocolat said revenues for the period were £165 million, which marked a 21 per cent year-on-year increase and a 24 per cent uptick when compared to pre-pandemic times in 2019.

The retailer also stated that for the 10 weeks to June 27 – the period during which non-essential retailers exited lockdown and hospitality venues also reopened – sales were up 34 per cent  compared to the same period in 2019, and 63 per cent compared to last year.]

Hotel Chocolat added that since reopening started on April 12, the performance of its UK stores has been “encouraging”, and it expects trading to continue to improve in the coming months.

It also said there has been strong trading in smaller cities and market towns, allowing the business to offset the lower footfall in commuter areas and tourist locations.

Hotel Chocolat also reported that its UK customer base had grown by 66 per cent to three million in the 18 months since December 2019.

In the US, Hotel Chocolat’s product sales increased 62 per cent year-on-year, and in Japan the retailer’s joint venture saw sales skyrocket by 277 per cent.

Looking ahead, Hotel Chocolat said it plans to repay all furlough support it received during the pandemic – a total of £3.1 million.

The retailer also intends to hire for over 250 new roles in the UK.

“I am fortunate to be able to say that the growth avenues ahead of us have never been better in Hotel Chocolat’s history,” chief executive Angus Thirlwell said.

“The strategies we put in place two years ago are now delivering accelerated growth. Our Velvetiser in-home drinks system, our VIP and digital programmes, and our USA and Japanese joint-venture start-ups have step-changed our growth potential.

“Our goal of becoming the most tech-activated chocolate brand is moving forward in leaps and bounds and is already helping to power our major achievements and future growth.

“Indeed, this year we expect more than 50% of our sales to come from digital, partners, and subscription-continuity models, reflecting how Hotel Chocolat is growing and evolving. Our brand-building stores will continue to play a pivotal role in our digital-led business, with an unrivalled ability to introduce new customers to our brand.” 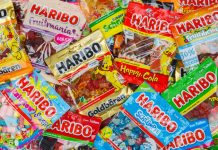 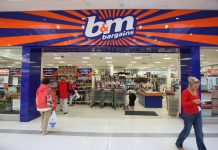 B&M forecasts at least £590m in earnings amid pandemic gains