Morrisons is considering introducing a store that allows customers to put items straight from shelves into their bags, and walk out.

The Big 4 grocer is currently testing technology that tracks objects customers put in their baskets and charges them on a smartphone app.

Morrisons, which is currently the subject of a multi-billion pound takeover tussle, is attempting to compete with Amazon’s Fresh stores.

READ MORE: Will Morrisons benefit from a Fortress takeover?

The grocer has been testing the concept known internally as Project Sarah at its Bradford head office.

The store is open to thousands of staff and the FTSE 100 retailer plans to expand the idea more widely.

It is working with US technology company AiFi, which uses cameras to track the objects customers pick up and put in their baskets, and charges them through a smartphone app.

Amazon launched its till-less Amazon Fresh stores in the UK this year after success in the US.

Morrisons has been at the centre of a bidding war, accepting an offer from SoftBank-backed investment firm Fortress worth £6.3bn. 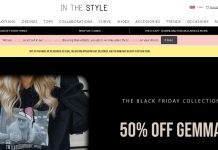