// Out of the new investment, £2m will be allocated to support existing retailers

OnBuy has raised £35 million in series A funding through a combination of venture capital and strategic technology investors.

The UK-based online marketplace has recorded growth of annualised gross merchandise value (GMV) to £155 million with £8 million investment to date.

OnBuy said it has attracted over 7000 retailers who sell over 36 million products on the platform, including Microsoft, PlayStation and Adidas.

Out of the new investment, £2 million will be allocated to support existing retailers.

The company now plans to develop a mobile app for its growing customer base.

“The global ecommerce market is expected to total $4.2 trillion by the end of 2021, a figure that is set to grow even more over the next few years,” OnBuy founder and chief executive, Cas Paton said.

“However it’s alarming to see that the industry is still following the same detrimental and unfair marketplace model that has existed for years.

“I created OnBuy to provide something unique: a clear, level playing field – and in our 4 years of rapid growth, it’s clear to see that this is a model that works to everyone’s advantage.

“This investment will allow us to unlock even more potential and take OnBuy to the next level with an even better, easier to use product than ever before.

“We’ve made it this far with the help of our early angels, amazing team, trusted retailers and of course all of our amazing customers, but we’re not nearly done yet.

With the closing of this fundraise, OnBuy said it looks forward to progressing with a roadmap of announcements in the coming 12-24 months which will include the development of a consumer app, improvements to the product infrastructure, the launch of new partnerships as well as further news of global expansion. 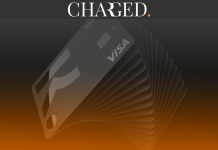