OnBuy has appointed Aron Cody-Boutcher to the role of chief marketing officer as it pushes on with its international expansion plans.

In this new role, Cody-Boutcher will be responsible for accelerating OnBuy’s growth, working closely with founder and chief executive Cas Paton.

OnBuy, which was founded in November 2016, now employs more than 85 people and plans to welcome more team members in the coming months as it pushes on with a global scale-up strategy after securing a £5 million cash injection from investors last year.

“With the recent boom in online shopping and the continued evolution of the ecommerce market, I’m delighted that Aron will be bringing such a breadth of experience to this new and important role,” Paton said.

“Aron will be fundamental in raising OnBuy’s brand awareness to introduce new customers as we continue on our international scale-up over the next three years.

“He will also continue to further engage the eight million customers who currently shop with us.

“As the industry continues to grow and flourish, we’re working hard to build the best team possible to propel the global growth of OnBuy and our retailers even faster.”

OnBuy has grown by 13-fold in the past 13 months, including recording its third consecutive year of over 600 per cent year-on-year growth in 2020.

Sales last month were also £3 million higher than those recorded the month prior.

OnBuy said this placed the business “well on track” to breach £200 million in sales in the coming 12 months.

OnBuy to reward staff with over £1m in share options

OnBuy raises £35m in latest funding round as it eyes growth 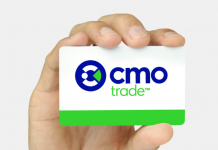 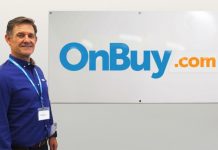