// Flore will replace Gavin Haig, who is leaving at the end of August after three years in the role

Flore, who currently serves as Burberry’s SVP of Retail in the US and as its Global Head of Retail Excellence, will relocate to London where the company’s headquarters is based.

Burberry created the role in 2018 when it appointed Gavin Haig as its first COO, who at the time reported to Marco Gobbetti.

Flore is set to take over from Gavin Haig, who is leaving at the end of August after three years in the role, the retailer did not state a reason for Haig’s departure.

Burberry CEO Marco Gobbetti announced earlier this year that he too was exiting the British luxury brand, returning to his native Italy to take the reins at Salvatore Ferragamo, the heritage shoemaker.

Burberry has yet to name a successor to replace Gobbetti. 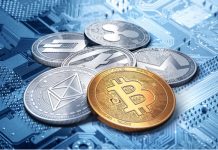