New Look has announced that Mike Coupe will succeed Alistair McGeorge as non-executive chairman of the retailer, effective September 29.

Coupe’s previous experience includes chief executive officer at J Sainsburys plc for over six years until 2020, which included the growth of its Tu Clothing business and the successful acquisitions of Home Retail Group, the former parent company of Argos and Habitat.

He is also non-executive chairman of Oak Furnitureland and Harding Retail.

Coupe will succeed McGeorge who, following a prior tenure as Chairman from 2011-2014, returned to New Look as executive chairman in November 2017 to begin the retailer’s turnaround strategy.

McGeorge stepped back from day-to-day operations to become non-executive chairman in January 2020, following the appointment of Nigel Oddy as chief executive officer.

Outgoing New Look non-executive chairman Alistair McGeorge said: “After four years as Chairman, now is the right time for me to stand down. New Look is in a remarkably better position now than it was when I returned to it in 2017.

“This is fundamentally due to decisive actions taken to restructure the business operationally and financially, and to recover the broad appeal fashion and great value that New Look is known for, which has been led by Nigel and his team.

“I leave the business in incredibly capable hands and the Company will benefit greatly from Mike’s invaluable expertise, experience and oversight as it looks to continue on the positive trajectory it is set on.”

Mike Coupe, incoming non-executive chairman, said: “I am delighted to be joining New Look at this moment in time. As a leading womenswear brand known for its broad appeal fashion, the business has a significant opportunity to capitalise on through its omnichannel model and loyal customer base.

“I am looking forward to working closely with Nigel and the rest of his team to deliver long-term and sustainable growth.”

New Look chief executive officer Nigel Oddy said: “Alistair’s contribution to New Look has been invaluable. He has provided strategic vision, operational experience, and wise counsel to the Board during his tenure. He leaves the business with a clear strategy and in a strong position for future growth.

“I am delighted that Mike is joining the company as Chairman, and having spent time with him already, we both share the same excitement and enthusiasm to deliver on our strategy, through the combination of a cohesive omnichannel model, conveniently located stores, and feel-good fashion at great prices.” 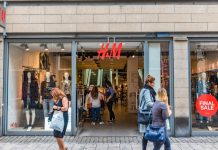 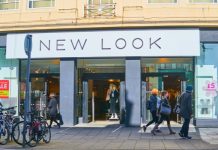