//10,000 employees will get financial education, budgeting and savings, built around flexible pay

Halfords has teamed up with charity-backed fintech Wagestream to introduce a range of services that build colleagues’ financial resilience and improve their overall wellbeing in a new major initiate.

The new initiative means Halfords also becomes one of the first large employers to offer flexible pay, since a landmark study revealed the impact of different pay cycles for the first time.

Charities and campaigners behind the report said locked monthly pay has become a hidden ‘debt trap’ for working adults, calling on employers to roll out flexible pay (EWA) and financial wellbeing policies.

It replaces the extended, locked pay cycle concept, invented in the 1960s as banking infrastructure evolved and processing fees became expensive for employers and banking providers.

Halfords employees will now have access to Wagestream which provides financial budgeting, savings and education through one app, built around a flexible pay cycle (also known as Earned Wage Access).

Wagestream aims to reduce financial stress and improve the financial health of every worker and is part-owned by the UK’s leading financial charities and impact funds – including Joseph Rowntree Foundation, Big Society Capital, Social Tech Trust, Barrow Cadbury Trust and the Fair By Design Fund.

Over half a million workers now have access to Wagestream, through employers including Bupa, Co-op, Pizza Hut, JD Sports, Holiday Inn, Greene King, David Lloyd, Virgin Care and the NHS however Halfords is the first listed retailer in the UK to roll out such a service.

Findings in the recent study revealed that stress decreases 77 per cent for colleagues with flexible pay, financial confidence improves, with 72 per cent feeling more in control and budgeting improves for 55 per cent, with only 2 per cent struggling to adjust.

The study also showed that workers prefer it with 89 per cent saying flexible pay is better than any alternative.

Halfords chief people officer Wendy Taylor said: “Supporting, developing and empowering our people has always been central to our success, as a company.

“Our colleagues’ resilience has meant that Halfords could not only operate as an essential retailer during the pandemic but is ready to go from strength to strength as the UK opens back up.

“That’s why we’re partnering with Wagestream to roll out a financial wellbeing programme that’s backed by leading charities and proven by data to improve quality of life. We’re proud to be the UK’s first listed retailer taking this step and excited to see the positive impact it will have on all our colleagues.”

Halfords chief executive Peter Briffett said: “Financial stress is an invisible, urgent problem for most working adults: 8 in 10 bring financial stress with them to work, and more than half say it’s their employer’s responsibility to help.

“Halfords is leading the way among British retailers, by tackling this with our carefully managed financial wellbeing programme and the guidance of our charity partners. The data now shows that employers doing this are not just modernising their pay cycle and ticking a box – they are changing lives for the better.” 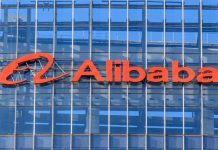