// Gucci fell short of analyst expectations, with sales only growing 3.8 per cent

Kering has reported strong revenue growth in the third quarter of the year, despite its star brand Gucci falling short of analysts’ expectations.

The French luxury group, which also owns brands Yves Saint Laurent and Bottega Veneta, reported revenue of £3.53 billion in the three months to the end of September, up 12.6 per cent on a reported basis, and up 12.2 per cent on a comparable basis.

Compared to pre-Covid 2019 levels, revenue was up 10 per cent on a comparable basis. “On the back of an excellent first half, Kering achieved a very solid third quarter at group level, up double digits over 2019.

The group also said revenue was driven by “very strong” momentum in North America, while sales continued to improve in Western Europe and Japan, where markets are still being affected by a lack of tourists.

Breaking it down by brand, Gucci fell short of expectations, with sales growing 3.8 per cent on a comparable basis to £1.84 billion.

Analysts had expected growth of around 9 per cent.

However Pinault said the brand was in for “an intense fourth quarter” with the launch of its new Aria collection, which gradually arrived in stores from late September.

Things were looking brighter at Kering’s other key labels with Saint Laurent reporting a strong quarter, with revenue up by 27.8 per cent year-over-year and sales in retail channels up by 31 per cent.

Bottega Veneta’s revenue came in at £306.8 million, representing growth of 8.9 per cent on a comparable basis.

Kering did not separate Balenciaga and its other brands in its report, however, the “other brands’” revenue grew, reaching £712.4 million in the third quarter. That was up 26.1 per cent as reported and 26.0 per cent on a comparable basis. 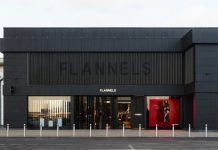