// In a video obtained by the Sunday Times, the FTSE 100 group’s executive chairman Peter Cowgill is shown meeting Barry Bown

JD Sports has responded to the media reports on a meeting between its boss Peter Cowgill and Footasylum chief Barry Brown which is currently being investigated by the competition watchdog.

Today, the retailer hit back at reports over a meeting between the retailer’s boss Peter Cowgill and Footasylum chief Barry Brown in an industrial estate car park in Greater Manchester on 5 July, leading to claims they may have broken UK takeover rules.

“Peter Cowgill has known Barry Bown on a business and personal basis for over 25 years,” the company said in a statement.

“As a result, it is not unusual, or in any way suspicious or illegitimate, for them to meet from time to time, including in relation to the ongoing review by the Competition and Markets Authority of JD’s acquisition of Footasylum Limited.”

In the video, which was seen by The Sunday Times newspaper, they were joined in the car by JD’s general counsel, Siobhan Mawdsley, who later left.

“The Sunday Times omitted to report on the positive obligation that JD has under the terms of the Interim Enforcement Order to take all reasonable steps to encourage key staff of the Footasylum business (which includes Barry Bown) to remain with the business,” JD said in a statement on Monday.

The retailer added that the CMA had already been “fully apprised” of the content of the meeting on July 5 and the reasons for it and “firmly believes that its actions in participating in this meeting do not amount to wrongdoing”.

“It is disappointing that the Sunday Times has not reported in a more balanced way on the highly irregular and potentially illegal covert surveillance undertaken by a third party for their own interests.

JD hopes that a regulator, tasked with acting in the wider public interest, is able to more critically regard the actions of the third party for what they are,” it commented.

The CMA ordered JD to sell Footasylum last week, after a two-and-a-half-year review.

It said allowing JD, which has 405 UK stores, to take over Footasylum, which has 65, “could lead to a substantial reduction in competition”. 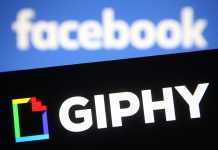