// From 26 January, compulsory mask-wearing in stores and public transport will cease

// The Federation of Small Businesses welcomes the announcement.

Prime Minister Boris Johnson has announced an end to all Covid-19 restrictions he introduced in a bid to combat the Omicron variant next week.

As a result, from 26 January, compulsory mask-wearing in stores and public transport will cease, alongside working from home orders and vaccination passports.

Johnson also revealed people with Covid-19 will not need to self-isolate when the regulations requiring them to end on 24 March.

READ MORE: Face masks no longer mandatory in shops from next week

The Federation of Small Businesses welcomes the announcement.

Its chairman, Mike Cherry said: “After two years of chopping and changing, small businesses right across England will be hoping that this marks the beginning of a final winding down of trading restrictions.

“We would now urge everyone to get behind small firms – be that on a commute, whilst working from home, online, or in-person – as they work night and day to recover from another incredibly stressful festive season.

However, British Independent Retailers Association CEO, Andrew Goodacre, argued if the easing of restrictions were “based on science”.

He added: “Retail businesses need certainty and we want to be sure that retailers do not need to re-introduce these measures in the near future because the government has acted in haste.

“We now hope that the government can focus on business support as we look to recover.”

“After the critical Christmas trade was laid to waste for the second year running,” she said.

“Lifting the working from home recommendation is a particularly important move as it enables town and city centres, and the businesses that are their lifeblood, to begin their revival and recovery. These businesses will be eagerly looking forward to welcoming their customers back over the coming days and weeks.

The CEO of the London Chamber of Commerce and Industry, Richard Burge, said businesses will welcome the ability to reopen their doors, increase capacity or “kickstart their chosen future ways of working plans”

He concluded:”Business also needs to hear an update from government regarding the future of the Test and Trace system, and self-isolation support.

“Many people are still not fully vaccinated at this point, and we also cannot be complacent regarding potential emergence of variants, or indeed future viruses.” 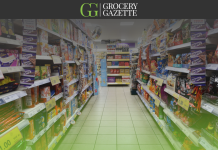 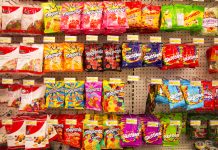