Mamas & Papas sales soared over Christmas thanks to booming online and Next concession sales and the retailer now expects EBITDA to more than double in its current financial year.

Mamas & Papas, which has 22 standalone stores, said online had played a “major role” in its stellar Christmas performance but said its 12 Next concessions, 10 of which have opened over the past year, were also trading ahead of plan.

Furniture and travel systems were Mamas & Papas’ star categories over the period and it said it had made “significant market share gains” in both areas.

Sales for its current year, to the end of December, are now 32% on the prior year, and EBITDA is on track to more than double in what chief executive Mark Saunders termed a “landmark year”.

In its last reported financial year to 28 March 2021, the retailer posted sales of £93m and EBITDA of £4.7m, which had come after several loss-making years. Mamas & Papas was sold in a pre-pack administration deal in 2019 to private equity firm Bluegem Capital, which has owned the retailer since 2014.

Cost reduction measures, as well as innovations across stores, product ranges and online, helped to restore profitability, according to the retailer.

International expansion is now a big part of its growth plan. More than 38% of sales by volume now come from Mamas & Papas’ overseas operations, which includes 20 franchisee stores across the Middle East and a network of distributor partners and agents covering 40 countries.

Saunders said: “There’s real momentum across the business, which is the culmination of a lot of hard work optimising our product ranges, customer service, store operations, property estate, online business and international presence. 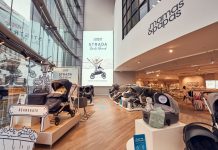 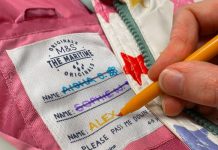