Property group Landsec has reported a swing to annual profit, driven by record leasing in its London offices and a return to growth in major retail destinations.

Britain’s top commercial property landlord said its profit before tax for the year ended March 31 was £875 million, compared with a pretax loss of £1.39 billion a year earlier.

Landsec, which is the owner of shopping centres such as St David’s in Cardiff and Gunwharf Quays in Portsmouth, reported that its new operating model had helped its major retail locations lift like-for-like sales 1.1% last year.

The real estate investment trust signed £63 million pounds of office leases in the year through March at rents that were 4% ahead of their valuers’ expectations, according to reports.

The landlord’s mall portfolio which has been blighted by plummeting rents and values in recent years also recovered in the second half of the year, registering 1.7% capital growth.

The company is now looking at investing up to 3 billion pounds “in sustainable London offices and mixed-use development over the next five years,” Land Securities Chief Executive Officer Mark Allan said in the statement, as it looks to cash in on the trend. 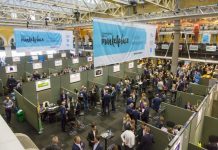 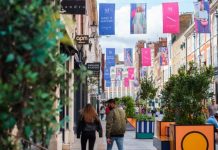