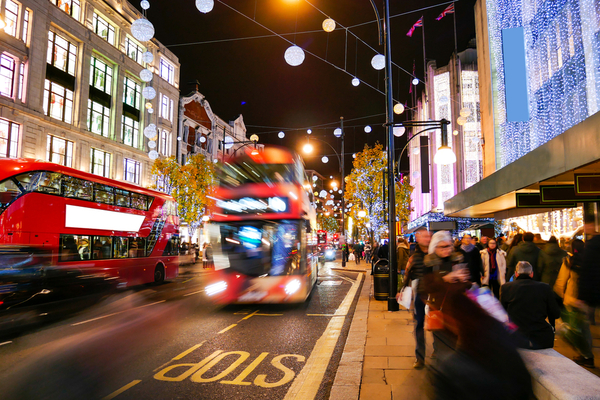 // Around 1.15m people visited the popular shopping street in April this year, compared to 2.41m in April 2019

Footfall on London’s Oxford Street is still 52% lower than pre-pandemic levels, making it the worst hit high street across the UK.

The capital, which has been impacted by flexible working and less commuting post-pandemic, saw a slight monthly footfall increase of 5% in April, according to data from Datscha, analysed by RSM.

This is in line with the overall UK increase of 4%. But this was much slower than increases in other major cities, with a 23% jump in Leeds and 16% in Glasgow.

“With fears that the cost-of-living crisis could deter consumers away from the high street, it will come as positive news for retailers that some areas have seen a considerable increase in footfall levels,” said Jacqui Baker, partner and head of retail at RSM UK.

“Easter holidays and an improvement in weather are both likely to have played a part, as people make the most of the opportunity to shop and socialise,” she added.

“Unfortunately, it’s likely this will continue until the summer when it’s hoped that more international tourists will visit the UK and footfall returns to much healthier levels.”