Nick Candy has emerged as a shock bidder for online retailer The Hut Group (THG).

The billionaire property mogul, who owns One Hyde Park in Knightsbridge, released a statement after markets closed saying he is ‘considering a possible offer’ to take THG private.

However his Candy Ventures said it is in the ‘early stages’ of a bid and that there was no guarantee that a formal approach would be made.

Candy will now have until 5pm on June 16 to make a formal offer or walk away.

Meanwhile, yesterday THG said that it had rejected a “highly preliminary” bid from a private equity consortium made up of Belerion Capital and King Street to acquire the company.

The consortium had offered 170p per share for the online retail group, whihc would have valued the firm at £2.07 billion, which the THG board said “significantly undervalued” the company.

Any bid would have to secure the backing of Moulding, who owns a special share that allows him to veto any hostile offer.

Back in November, Moulding revealed he regretted the London IPO, saying it “sucked from start to finish”, which fueled speculation that he could take the business private. 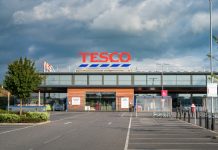