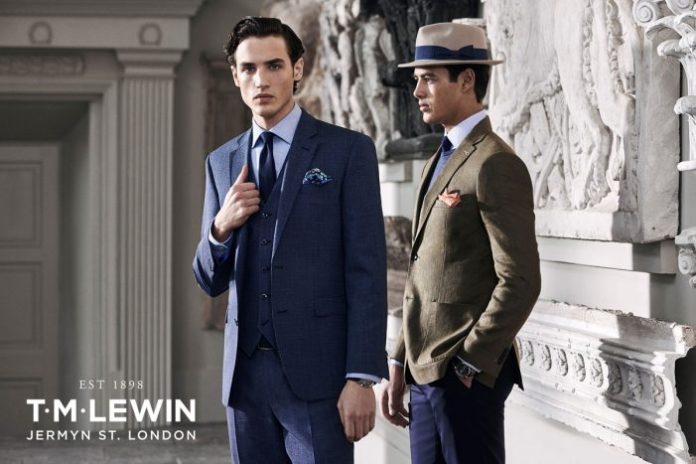 // The new site “will be followed by physical flagship stores”

TM Lewin has relaunched its website just six weeks after being bought in a rescue deal.

The shirtmaker is currently showcasing its initial spring/summer range, with additional lines “to be added in the coming weeks”.

The new site “will be followed by physical flagship stores in key locations soon, enabling TM Lewin to be as close to its customers as possible once again”.

TM Lewin’s new owners said they’re “committed to driving the future growth and success of the business, while ensuring it regains its status as a leading menswear provider, renowned for quality shirts and other tailored items”.

Managing director James Kearns said: “For over 120 years, TM Lewin has been synonymous with quality, tailored menswear and we are committed to re-establishing its position within the UK and wider international markets.

“Over the last six weeks or so, the team and I have worked incredibly hard to ensure the online relaunch results in the long-term success of the brand, but we know this will not be possible without the ongoing support of our loyal customer base, for which we are incredibly grateful.

“We are delighted to unveil the new TM Lewin online store and look forward to sharing our progress in the coming months – watch this space.”

TM Lewin was put up for sale by Bain Capital in spring 2020 and was bought by Torque Brands.

By summer 2020, TM Lewin entered a pre-pack administration with Torque brands buying it but closing all of it stores.

It filed for administration again in the spring and was bought by a unit owned by Petra Group, which had previously provided the business with a £205 million funding facility.