// Southern Co-op insists that its system is not a list of people with criminal convictions, but of people for which the business had evidence of criminal or anti-social behaviour.

Southern Co-op is facing a legal challenge for its use of cameras that capture biometric data of customers.

However, Southern Co-op says it is using the Facewatch system in shops with a history of crime, so it can protect its staff.

When a customer enters the shop, their face is converted into biometric data and checked against a ‘blacklist’ to produce an alert in the presence of certain shoppers.

According to the Big Brother Watch complaint made to the Information Commissioner’s Office, the surveillance system ‘uses novel technology and highly invasive processing of personal data, creating a biometric profile of every visitor to stores where its cameras are installed’.

The group’s director Silkie Carlo said: ‘Our legal complaint to the Information Commissioner is a vital step towards protecting the privacy rights of thousands of people who are affected by this dangerously intrusive, privatised spying.

In a statement to the BBC, Southern Co-op defended its use of the technology and rejected suggestions that it is not respecting customers’ biometric data.

“We take our responsibilities around the use of facial recognition extremely seriously and work hard to balance our customers’ rights with the need to protect our colleagues and customers from unacceptable violence and abuse,” it stated.

Following the retailer’s response, Silkie Carlo condemned the practice and said: “The Southern Co-op’s use of live facial recognition surveillance is Orwellian in the extreme, highly likely to be unlawful, and must be immediately stopped by the Information Commissioner.

“The supermarket is adding customers to secret watchlists with no due process, meaning shoppers can be spied on, blacklisted across multiple stores, and denied food shopping despite being entirely innocent.

“This would sound extreme even in an episode of Black Mirror, and yet it is taking place right now in Britain.”

Southern Co-Op, which is independent of the larger Co-op business but runs more than 200 stores in southern England under the same brand, explained that its system was not a list of people with criminal convictions, but of people for which the business had evidence of criminal or anti-social behaviour. 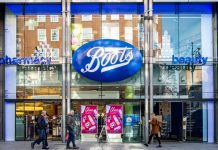