Entertainment retailer HMV has today admitted “material uncertainties” mean it may not continue as a going concern, on the back of dismal trading results.

In the last seven weeks ending December 17th trading fell a further 13.2 per cent LFL, particularly damaging at this crucial time of the year, and underlying net debt for the group has risen to £163.7 million.

Simon Fox, CEO of HMV Group, said: “This has been a challenging start to the year. However, we have taken decisive action to restructure the business and are now seeing the benefits of this, particularly in our technology products business.

“Like all consumer-facing companies we are facing tough trading conditions but we continue to push forwards through this period. We remain well prepared for the key trading days ahead.”

A strategic review of the retailer‘s Live division, which owns live music venues and stages gigs, is now being conducted and the company is contemplating the sale of this growing section of its business.

HMV Live attendances rose 30 per cent over the festival season and a 1,500-capacity gig venue in Manchester, HMV Ritz, also opened during the half-year period.

Hopes for saving the struggling business now rest on the success of its technology product offering, which it has been giving more prominence in its revamped stores, and sales of these goods rose 42 per cent since the refurbishment of 144 stores.

While HMV argues in its statement today that it can continue to trade for the “foreseeable future”, it admits that the current economic conditions put that survival in question and that it maintains “regular and constructive discussions” with its banks. 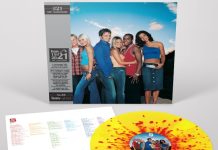