The level of new grocery store space either in planning or under construction was at its highest at the end of the third quarter than at any time since Q1 2002, new research has revealed.

A report from real estate firm CBRE shows that 44.4 million sq ft of new supermarket space is currently being planned, representing 36 per cent of the total pipeline for retail builds.

While non-food retailers are looking to reduce their estates and retreat from regional high streets, grocers are picking up the slack by targeting all parts of the country for new stores, with the north-west of England and Scotland particular hotspots.

Local authorities, particularly in areas badly hit by the current economic downturn, are proving more supportive to supermarket expansion as few other sectors seem keen to build, and CBRE suspects that this may remain the situation for some time to come.

Christopher Keen, Retail Lease Consultancy Director for CBRE, points out that councils‘ typical town centre first policies are leading to more leasehold agreements, which, although less than ideal for the supermarkets, do limit costs.

Keen said: “As supermarket lease-backs are now well trodden ground and are perceived to be one of the most secure property investment vehicles available, raising development capital is not a problem.

“The only real issue for investors is the potential dilution of existing portfolio value through competing supermarket development.

“Thankfully, as the existing distribution of the grocery store stock is known and the grocery pipeline is closely tracked, dilution problems can be predicted well in advance.”

Just four years ago the supermarket pipeline represented just a quarter of all proposed retail developments but a new focus on convenience or smaller format stores has acted as a catalyst for construction.

Although the shopping centre and retail park pipeline has declined by just over seven million sq ft since 2007, the increased supermarket expansion has meant the overall pipeline for shops has grown by more than eight million sq ft over the same period.

In terms of projects already under construction, builds in the north-west of England represent 20.34 per cent of all supermarkets being developed, the highest of any region, and will account for 790,000 sq ft of new retail space once completed.

Scotland is the region with the most proposed supermarket space, totalling 7.42 million sq ft of new stores, but CBRE is quick to point out that it is becoming harder for supermarkets to get sites built.

Planning regulations seem to be increasingly obstructive to grocers‘ plans, and in terms of construction activity over time relative to pipeline totals, the average during the 2002 to 2007 period was 8.3 per cent while since September 2007 this has fallen to 7.3 per cent. 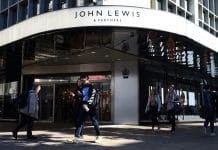