Sales for upmarket grocer Waitrose fell 11 per cent year-on-year last week, according to results released today, but this decline was due to disparities in the trading calendar.

Once the extra day created through New Year‘s Day falling on a bank holiday last year has been removed from the figures sales actually increased eight per cent in the seven days ending January 7th 2012.

With the UK‘s largest supermarket Tesco reporting a fall in sales for the festive period yesterday, Waitrose‘s strong performance over recent months shows the attractiveness of its grocery offer at present and several product categories proved popular with shoppers last week.

Rupert Thomas, Marketing Director of Waitrose, explained: “Traditionally the week when the Christmas tree gets taken down, many people took the opportunity to spruce up the home. Sales of household cleaning products were up 11 per cent on last year for the equivalent period (Tuesday to Saturday, removing the impact of an extra trading day in 2011).

“It‘s a long-held tradition to start the new year in a clean and tidy house, and shoppers enthusiastically embraced the tradition. Sales of multipurpose cleaner were up by 18 per cent for the same period, carpet cleaner by 24 per cent and bleach by 19 per cent.

“Our customers also bought 14 per cent more bath and shower cleaner, 13 per cent more toilet cleaner and 16 per cent more floor cleaner. It‘s not just homes that have been receiving a make-over – many shoppers have welcomed 2012 with a fresh beauty regime. Sales of our luxury toiletries are up by 22 per cent for the week.”

Thomas also highlighted the Big Society Award given to Waitrose Managing Director Mark Price by Prime Minister David Cameron last week, in recognition of the more than £10 million which has been donated by the grocer to 30,000 good causes through its Community Matters initiative.

Last week Waitrose announced that its Christmas sales had risen by 6.2 per cent in the five weeks to December 31st 2011. 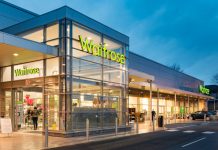 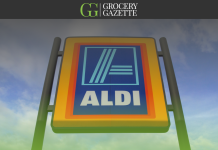 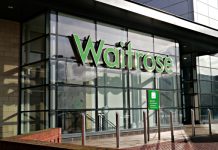