In the first ever entertainment retail barometer from leading research company Kantar Worldpanel, US e-tailer Amazon was shown to have 22.4 per cent of the overall market for videos, games and music as of the 12 weeks ending December 26th 2011, while HMV had a 17.5 per cent share.

This compares to 19.6 per cent for HMV and just 19.4 per cent for Amazon during the same 12 week period the previous year, going to show the speed at which physical retailers have been supplanted by online rivals in the sector.

Fiona Keenan, Consumer Insight Director at Kantar Worldpanel, explains: “Amazon‘s strong performance is down to a number of factors: it is typically really competitive on price, has a wide range of products with no restriction on display space, and is known for its very good customer service.”

Supermarkets occupy three of the next four positions in the chart, with Tesco, Asda & Sainsbury holding shares of 11.4 per cent, 8.1 per cent and 5.2 per cent respectively, although Sainsbury‘s was the only major supermarket to increase its chunk of the market (+0.9 per cent) during the period while Tesco‘s share stagnated and Asda saw a 0.8 per cent drop.

The overall home entertainment declined by just under four per cent year-on-year in December however this was less than the eight per cent fall witnessed 12 months previously, according to Kantar Worldpanel‘s figures.

Keenan added: “Despite Christmas being a popular time for shoppers to buy DVDs, games and music, spending was down on the same period last year.

“We saw a lot of retailers, particularly supermarkets, promoting savings on big releases like ‘Harry Potter‘ when shoppers spent money elsewhere in store and this will have taken some value out of the market.”

Other bricks and mortar entertainment specialists in the top ten list included Game at number five, which managed to fractionally improve its share to 7.7 per cent, and Gamestation at number ten, which grew its share by a similar amount to end the year with 2.6 per cent of the market.

Play.com now has 4.9 per cent of the sector, iTunes has three per cent and Morrisons has 2.7 per cent. 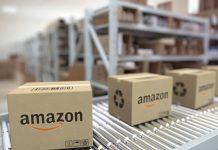