Full-year results released today by pawnbrokers H&T Group show that the company continued to grow its stores and attract more customers during 2011.

Gross pledge book rose 18 per cent to £46.6 million during the year as traditional forms of credit remained scarce, and the threat of sovereign defaults in the Eurozone also helped the group by pushing the price of gold up 23.7 per cent over the period.

While multiple retailers have been moving away from local high streets to cut overheads, pawnbrokers have been expanding their store numbers, with H&T no exception; in 2011 the group opened 25 new stores nationwide.

John Nichols, CEO of H&T, said the results represented a “strong performance” from the group and that with its strong balance sheet the group will try and grow by a similar number of stores this year.

“At a time when the availability of standard forms of credit are diminishing, the group continues to expand its presence, offering immediate access to cash and credit from convenient high street locations.

“The group opened 25 stores in 2011 taking its total outlets to over 200. With our strong balance sheet, we expect a similar level of store openings during 2012.”

A final dividend of 7p per share was proposed by H&T which would take the full-year dividend to 10.75p, an increase of 13.2 per cent year-on-year, and basic earnings per share grew 4.8 per cent during 2011.

H&T estimates that between eight and ten million people in the UK have no access to traditional forms of credit at present, and it believes that UK pawnbroking market remains underserved meaning there is still plenty more room for it to expand. 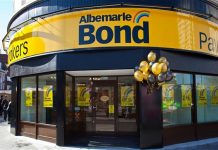