Administrators for Clintons Cards, the greetings card specialist retailer, have announced that all remaining stores are to close by the end of the month.

Blaming “deteriorating market conditions” on the lack of interest from potential investors, restructuring specialists Zolfo Cooper stated that a total of 76 stores which were not sold Lakeshore Lending Limited, are to close by July 31st 2012.

While the joint administrators had hoped to attract buyers for the business, founded in 1968, though admitted that the store closure program is now in its final stages.

Zolfo Cooper Partner Peter Saville said of the closures: “It is with regret that we have had to take the decision to close the remaining stores.

“We are nonetheless pleased that in an extremely challenging retail environment we were able to effect the sale of almost 400 stores thus preserving something in the region of 4,500 jobs.

“I would like to take this opportunity to thank all of the employees of the former Clinton Cards business we have worked with during the administration period for their professionalism and dedication and to wish them well for the future.” 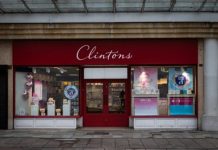 Clintons to shut 1 in 5 stores 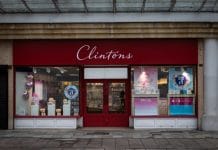 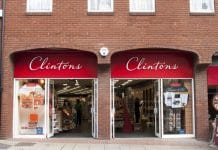