Across the group as a whole, gross profit rose to £167.4 million, up 21.7 per cent over the period as sales at its brand division increased 18.9 per cent to £39.7 million and premium lifestyle sales rocketed 43 per cent.

Sports Direct has fared well in recent months, outperforming competitors during the summer of sport and earlier this month announced that it has purchased 20 store units from rival JJB Sports following the latter‘s move into administration as a result of poor trading.

Acquiring the JJB brand and its accompanying website, Sports Direct has secured approximately 550 UK jobs and as such is in a strong position going into the next half.

“The Group has continued to deliver strong growth through the second quarter, especially within the UK Sports Retail division where sales and margins benefited from the London Olympics and an excellent ‘back to school‘ period.

“Since the end of September trading has remained equally strong and the Board is therefore confident of reaching the full year targeted “super stretch” underlying EBITDA of £270 million (before the charge for the bonus share schemes).” 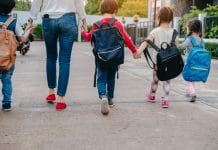 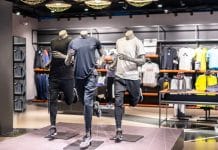