Upmarket grocer Waitrose has posted its highest ever grocery market share in the 12 weeks ended September 30th 2012, according to the latest figures from data analysts Kantar Worldpanel.

Waitrose had a record-breaking share of 4.7 per cent, well ahead of grocery inflation which stood at 2.6 per cent over the period, emphasising its strong proposition during a difficult period for the sector, as its share rose 0.3 per cent year-on-year.

Competitor Sainsbury‘s, which last week reported a total sales lift of 4.4 per cent over its second quarter on the same day that it was wrapped on the knuckles for its Brand Match adverts by the Advertising Standards Authority, saw growth of 5.6 per cent driven strongly by its Paralympic sponsorship.

Kantar‘s Director Edward Garner said of the lift in share: “Among the big four supermarkets, the stand out performance is from Sainsbury‘s.

“Its sponsorship of the Paralympic games has clearly borne fruit, boosting its sales in this period. The retailer has also been bolstered by its Brand Match promotion and the ongoing relaunch of its own label range – both of which are proving popular with consumers.

“It has also been a record-breaking period for Waitrose, posting its highest ever share of 4.7 per cent and building on the strong performance we have seen over the past decade.”

As a whole, the grocery market is growing at 3.9 per cent, considerably above Kantar‘s inflation rate of 2.6 per cent which highlights the strength of the market despite ongoing austerity.

Meanwhile, Asda now has a share of 17.5 per cent, up 0.1 per cent on last year though disappointing compared with its recent growth. Last week, the supermarket reported a profit rise of six per cent in 2011 as its acquisition of former Netto stores begins to affect its standing.

Rivals Tesco and Morrisons have not fared so well over the period, losing market share due to prolonged promotions and discounting which leave the pair flailing in a market increasingly galvanised by discounters or top-tier offerings.

Garner explained: “The growth of the discounters and Iceland continue to be a strong feature of the market.

“In particular, Aldi has been delivering growth in excess of 20 per cent per year since mid-2011 – clear evidence that value for money allied to a growing emphasis on product quality is encouraging shoppers to increase their loyalty to the outlet.” 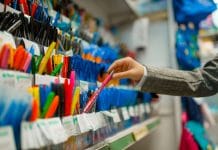 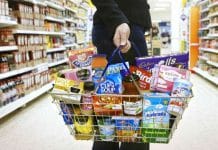 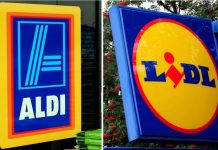 Have discount grocers reached their peak?