The new Groceries Code Adjudicator has been given new powers which could see it fine large supermarkets which deal unfairly with suppliers, it has been announced today.

New laws outlined today will allow the independent body greater power to penalise those that do not adhere to the Groceries Code, according to Competition Minister Jo Swinson after stakeholders raised concerns over how to protect suppliers from unfair treatment.

A range of sanctions may be applied to any retailer in breach of the code, including “naming and shaming” the offender, though it has been confirmed that the regulator may also enforce immediate fines.

Under new guidelines, the Adjudicator will be able to oversee disputes between retailers and suppliers and investigate confidential complaints from the UK and overseas as well as impose a financial penalty.

Explaining the importance of the move, Swinson said: “The food industry plays an important role in economic growth, and the Groceries Code Adjudicator will help to ensure that the market is operating in a fair and healthy way.

“Large supermarkets form a big chunk of this industry, and generally provide consumers with low prices and variety whilst providing business for farmers and suppliers.

“But where supermarkets are breaking the rules with suppliers and treating them unfairly, the Adjudicator will make sure that they are held to account.

In October, Sainsbury‘s entered the supplier Hall of Shame, published by the Forum of Private Business which attacked its move to more than double payment times to its non-food suppliers as unethical as the code states that grocers should not vary supply agreements retrospectively.

The Groceries Code applies to the 10 retailers within the groceries market which have an annual turnover in excess of £1 billion and is legally binding.

While the Adjudicator will publish guidance over the maximum fine that can be imposed within six months of the Groceries Code Adjudicator Bill which is currently passing through Parliament, this is the second time in less than a week that the practices of top grocers have been questioned.

Last week, the Office of Fair Trading announced that a majority of large grocers have agreed to work to ensure that discounted and promoted products are priced fairly to avoid confusion for consumers and Swinson believes that it is time to crack down on the behaviour of well-known supermarkets.

“We expect fines to be used as a last resort, but the fact that the Adjudicator has the power to impose them will send a strong message to retailers that compliance with the Code is not optional.

“I am confident that these changes will mean that the Adjudicator is able to ensure fair play in the food supply chain and keep the industry growing.” 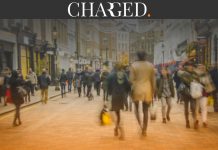