Contaminated meat containing horse and pig DNA found in beef burgers in some of Britain‘s top supermarkets were imported from Poland, it has been confirmed.

The Food Safety Authority of Ireland (FSAI), which earlier this month published a report following the analysis of beef burger products sold in supermarkets which revealed that 37 per cent of 27 products tested positive for horse DNA while 85 per cent contained pig DNA, undertook further investigation which found that the meat was imported from Poland as raw material by supplier Silvercrest.

Adding that, while initial results unveiled “trace levels” of equine DNA, “the latest results showed significant levels of equine DNA (4.1 per cent)”, the FSAI said it had “established a direct correlation” between the tested burgers and the raw material product.

In a statement, the FSAI said: “Over 140 samples of primary products and ingredients had been tested for equine DNA.

“The FSAI welcomes these conclusive results, which are in line with the results found by the FSAI during its survey into some beef burger products on sale in retail shops in Ireland.

“The FSAI has notified the Polish authorities and the matter is now with them.” ABP Food Group, which owns supplier Silvercrest, welcomed the news and added that it confirmed its initial view that contamination originated from a third party continental supply.

This has been a very difficult experience for all involved and has led to a significant interruption in business for Silvercrest and its customers,” ABF Food Group CEO Paul Finnerty commented.

“We are relieved that the source of the problem has been identified.

“While the company has never knowingly purchased or traded in equine product, I wish to take this opportunity to apologise for the impact this issue has caused.”

Supermarkets Tesco, Iceland, Aldi and Dunnes Stores were initially implicated in the investigation though grocer Waitrose was last week forced to remove its frozen burger range after it was discovered that the burgers were supplied from one of the sites where the DNA was discovered, though the chain noted that it was “100 per cent confident in the integrity of its supply chain.”

The FSAI concluded in its latest statement: “The FSAI states that full compliance with food law is required across the entire supply chain at all times and that food business operators must remain vigilant in ensuring the authenticity of ingredients used.

“The FSAI will continue its routine monitoring and surveillance programmes to monitor foods on the Irish market to ensure that they are complying with the requirements of food law and that they are safe.” 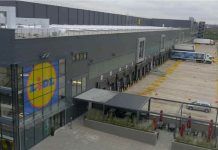 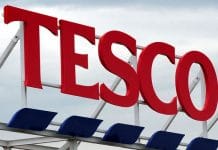