Target, one of Australia‘s largest retailers, has banned Grand Theft Auto 5 after the game‘s violence towards women has sent petitioners into an online rage. This result will affect 300 stores across the country.

The game that was set to break records, with its updated graphics released November 23rd, has instead drawn negative attention to the ‘best selling‘ video game of 2013.

Based in ‘Los Santos‘ an imitation of Los Angeles, GTA has caused controversy with its glamorization of torture, murder and violence towards women. Cheats online allow users to act out a “virtual rape” by rewriting game codes. This has led to violent memes being created quoting, “Fatherhood: If you kill that hooker, you can get your money back”. The memes use images of young children playing on the game certified an “18” in the UK and have been used in the public outcry for the game to be banned in Australia.

Though the GTA series is a profitable gaming success, with over 185m sales and three awards at the video game Bafta‘s, Target have rejected plans to cash in on Rockstar Game‘s virtual prodigy. Target General Manager Corporate Affairs Jim Cooper stated on Target‘s website, “We‘ve been speaking to many customers over recent days about the game, and there is a significant level of concern about the game‘s content”.

With GTA allowing players to attack women, have sex with prostitutes and later rob or kill them with a machete, bat or guns, there is a fear that it will encourage the players themselves to commit acts of violence. The petitioners argued that it, ‘spreads the idea that certain women exist as scapegoats for male violence. It shows hatred and contempt for women in the sex industry‘. This is something Target doesn‘t want to encourage, as Cooper ends his statement saying, “we have listened to the strong feedback from customers that this is not a product they want us to sell.” 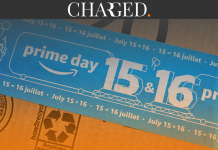