Eurozone spending is at an all time high after a report from the ‘European Union Statistics Agency Eurostat‘ confirmed that throughout Europe retail sales have risen 1.1% from December and are up by 3.7% compared to January 2014.

The news is welcomed by retailers who are spreading their stores across Europe to capitilise on wider markets.

One place in particular that has benefited from expenditure is Germany, which on Wednesday was listed as the ‘world‘s most popular retail-expansion market‘. In a poll by CBRE, a property and investment firm, 40% of retailers worldwide said they plan to open a store in Germany in the next year. Both New Look and Primark are joining this number.

As a result, sales in Germany have surged at their fastest pace in seven years, with revenue up 5.3%(adjusted for inflation) in January for the year-its largest increase since June 2010.

Retailer‘s confidence in the German market can be put down to the fact that the country currently holds the lowest jobless rate in the Eurozone and that it has benefited from low fuel prices, leaving consumers with more disposable income.

Germany‘s retail influence is supported by tech giant Apple, which has confirmed that the new Apple watch will be available in the US and Germany, with many other European countries yet to be named.

German citizens are likely to jump on the news that the digital watches will be available to them, with 72% of Germans saying that they are open to or already use smartphones while shopping in store (Internet World Germany).

However, while Eurozone spending is good for global retailers, the UK may be at risk, as the pound has slipped to a three week low in the UK.. Sterling dropped to $1.52506 and UK shop prices fell for their 22nd consecutive month. The British Retail Consortium (BRC), which follows sought after high street products, highlighted that prices were down for cereal, DIY tools, electrical goods, and women‘s clothing. Convenience food, milk, cheese, eggs and vegetables are now all cheaper than they were a year ago, while fresh food prices have decreased by 2.1%.

Though this is great news for consumers benefiting from the ‘supermarket wars‘ and tourists shopping with a better exchange rate, the news is problematic for many retailers who rely on imports. A weak pound will make it more expensive to import goods from abroad, meaning that supermarkets will be forced to continue their battles, though not voluntarily:

A weak pound means that global expansion where possible is key for retailers. Those travelling to the US will get an extra $100 for every £500 exchanged and an extra â‚¬45 in Europe. Though supermarkets are left with little leeway regarding pricing, British retailers looking to export can be left with extra cash in their pockets. 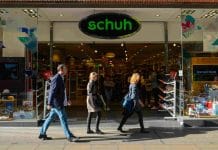 Schuh to exit Germany and focus on UK & Ireland 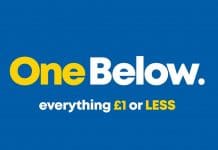