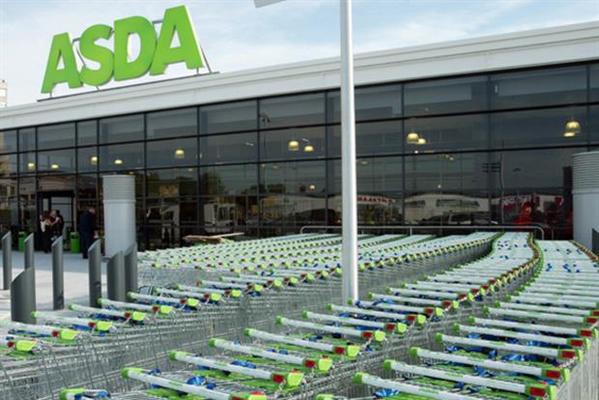 Yesterday it was Asda‘s turn to give further evidence, as if any was needed, of the structural change that is consuming the UK grocery market. It was another set of disappointing results from another Big Four operator: the worst sales fall for Asda in over five years.

Asda‘s Q1 sales saw a like-for-like decline of 3.9%, a steeper drop than any from rival supermarket chains Tesco, Sainsbury‘s and Morrisons, although profits reportedly, but non-transparently, held firm.

The Walmart-owned chain is the second largest of the grocery giants, ranking second by annual revenue behind Tesco. “Despite signs of a real and sustainable economic recovery, 2015 is setting itself up to be the most challenging year yet for traditional supermarkets,” said Asda Boss Andy Clarke. “Customers are not yet cash-confident, preferring to save rather than spend.”

Away from food, Asda‘s George fashion business achieved strong growth over the quarter, with a broadening of provision in homewares. The George brand has strong brand cache, which is enabling Asda to grow its presence in a number of softer non-food categories.

“Sales down but profits steady means significant rebalancing of the cost base but the store portfolio has, to date at least, escaped the wider bonfire of the vanities and there was no news of significant network rationalisation,” comments Stephen Springham, Head of Retail Research at Knight Frank. “Nor were we expecting there to be, in sharp denial of the oft-quoted Goldman Sachs statistic that one in five food stores across the country must close to make the industry financially viable.”

Are UK food stores pruning rather than culling? Much has been made of CEO Dave Lewis‘s decision to close 43 Tesco stores this year, but given a portfolio size of 2,800+, Britain‘s biggest retailer is hardly in “slash and burn territory” adds Springham. “In fact three of the Big Four are actually opening more stores this year than they are closing, albeit with much more of a focus on c-store formats than big boxes. With two Sainsbury‘s Locals and two Tesco Expresses opening a week, coupled with Asda‘s impending arrival into the London c-store arena, as many as 250 new Big Four stores could open this year alone,” he continues.