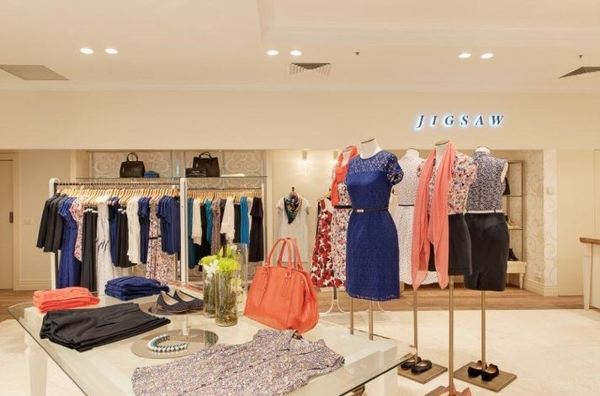 After pulling out of the Ireland almost eight years ago, Jigsaw is looking to make its re-enter the market.

The upmarket fashion retailer once traded out of 42 Grafton Street until 2007 when it opted to sell its lease at the height of the property boom to fashion chain Ted Baker for a premium of more than â‚¬1.4m.

Now that property values and rents have returned to a more realistic level, Jigsaw will be returning shortly with a new retail outlet in the Grafton Building on South Anne Street in Dublin city centre.

The company is fitting out a new 860sq ft store for which it will pay rent of about â‚¬100,000 per annum. Neighbouring traders will include TM Lewin and Timberland.

After parent company Robinson Webster Holdings posted a pre-tax loss of £21.2m in 2011, the British lifestyle brand appointed Peter Ruis as CEO in September 2013. Ruis, who joined from John Lewis where he revolutionised the department store‘s tech, fashion and home offering, has since revived Jigsaw and restored its reputation as a competitive fashion house.

The privately owned retailer emerged as a Christmas winner last year, with underlying sales up 10%, after it refused to participate in the frenzy of discounting in the run-up to the holiday. Jigsaw said total sales rose 13% in the five weeks to January 3rd 2015.