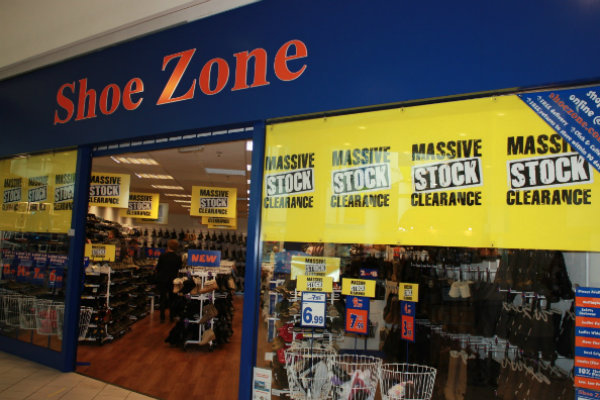 Footwear chain Shoe Zone said on Tuesday that pre-tax profit in its full financial year should be in line with expectations following a good second half trading period, although revenue will fall on the previous year.

The value footwear retailer, the UK‘s largest, said that it expects to announce revenues of £166.8m, down £6.9m from £172.9m the year before, which would reflect the “continued planned closure of loss making stores”. The year ends with 535 stores for the company, which opened 18 and closed 28 during this time.

Shoe Zone, which sells around 20m pairs of shoes a year, suffered a profit warning in April which it blamed on an unseasonably mild autumn and winter. This meant many customers opted for cheaper footwear, such as ankle boots, which sold at £14.99, rather than knee-high boots, in the £19.99 to £24.99 range.

“We experienced tougher than anticipated trading conditions in the first half and whilst we are having to reset expectations for the full year, the Company’s proposition is still very strong; we have confidence in our overall strategy and we continue to see significant opportunities ahead,” said CEO Anthony Smith at the time.