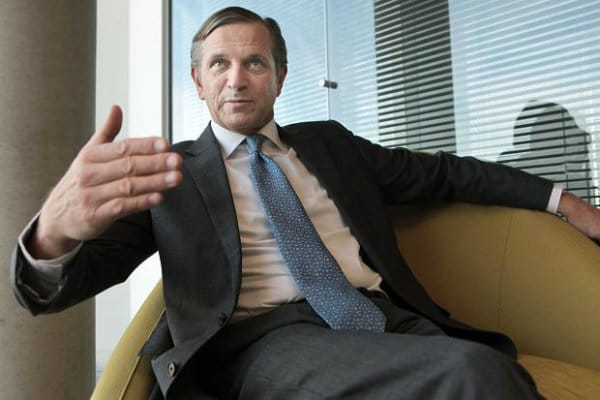 Marc Bolland, who has been the Chief Executive of M&S since 2010, has already quashed rumours that he will leave the British retailer and now he‘s refusing a pay rise.

The former Morrison‘s boss has decided to act against the pressure he faces relating to the stagnant results of his turnaround strategy, and the pay freeze would mean his pay would be more heavily weighted to performance.

His decision, which isn‘t the first time he has made it, is likely to have been influenced by Marks & Spencer‘s recent trading update which illustrated that like-for-like general merchandise sales fell by 1.2% supposedly due to “unseasonal conditions” and less frequent discounting at the retailer.

Bolland told The Mail on Sunday that he has strongly urged the board to hold his pay in the upcoming financial year, on the grounds that his replacement has been speculated. “I‘ve done it for four years now and I will ask them to do it again next year,” he said.

Bolland‘s salary will be under review in January. While his request suggests that the retail veteran is confident about his position and strategy, others aren‘t so sure. In January 2015 David Cummings, Director of Equities at savings and investment business the Standard Life, questioned Bolland‘s future at M&S, citing that “Marc Bolland has been there for some time, almost five years, so I think the chairman and the senior independent director are probably asking themselves whether his scorecard is acceptable, and they should be asking M&S shareholders the same question.”

He has also launched a £90m three-year store closure programme. Ten stores have closed in the past six months and another 20 are expected to shut by 2018. “From this year, we‘re starting a zero growth policy [for our general merchandise stores]. No net new space is expected from this – it‘s churn,” he said.

It is understood that Bolland‘s current salary is at £975,000 per year.