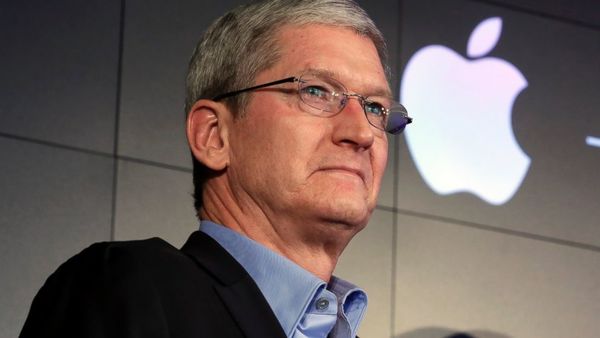 Is less really more in the case of Apple’s new iPhone model?

At a San Francisco-based keynote event on Monday evening, Apple revealed smaller versions of the iPhone and iPad Pro.

The tech giant said the iPhone SE is aimed at those who weren’t quite ready for the Apple 6S. It features the same processing and graphics performance (and the ability to capture 4K video) but on a 4″ screen. Meanwhile the new iPad Pro will have a 9.7″ screen – the same size as the original iPad.

The iPhone SE will be the smallest smartphone in Apple‘s current product range.

“Some people simply love smaller phones,” said Greg Joswiak, VP of product marketing for Apple. “And the 4” phone is often their first iPhone. Some people asked and pleaded with us. So we‘re calling it the iPhone SE. Our most powerful 4″phone ever.”

The 40 year-old behemoth said it sold 30m 4″ handsets last year, but handset sales have slowed in recent months in line with the overall smartphone market and some analysts are predicting up to a 15% decline in shipments in the first quarter of 2016 alone.

Neil Saunders, CEO of retail consultancy Conlumino, said that given the softness of Apple‘s performance last quarter, the event was “an opportunity for the company to start regaining some of the momentum it has lost” but that unfortunately, “this opportunity was largely squandered with fairly mundane product updates being the sole focus of the occasion. Gone was the sense of wow, gone was the sense of excitement that makes consumers want to dash out and get the latest Apple products.”

“None of this is to diminish the technical ability and engineering prowess of Apple,” he added, citing that many of the tweaks announced “are advancements underpinned by a great deal of skill, but they are just that: tweaks. As such they will likely to little to persuade consumers, especially in saturated core markets like the US and the UK, to rush out and upgrade.

The one slight positive is that some of the cheaper price points, across lines like Apple Watch and the new smaller iPhone, will allow Apple to penetrate some consumer segments that have, hitherto, found its products too expensive. However, that Apple should need to focus on price is a worrying sign and a reversal on the previous position that its products were so innovative and cutting edge that it was able to command a premium.

The fact remains that 2016 is year when Apple needs to come up with revolutionary rather than evolutionary product. It has failed to do so at this event, which does not bode well for future sales or market share.”