Conviviality, the owner of alcohol trader Bargain Booze has noted exceedingly positive full year results. In the year to 1 May group sales rose by 137% to £864m.

The group said it expects to end the year with a net debt of around £87m.

Following its recent acquisition of Matthew Clark for £200m in October, the wholesale group described the year as transformational. The alcohol business will also by acquiring wine, spirit and beer supplier Bibendum this year.

In its full year Conviviality opened 126 new stores, while 34 stores were closed; resulting in a total net growth of 92. The retailer now has a portfolio of 716 trading locations in total. Conviviality was also approached by 38 franchises and the number of outlets with multi-site franchises grew by 46% to 364.

“We have successfully completed a transformational year for the company, its employees, customers and franchisees. We look forward to a strong set of results reflecting our transition to being the UK’s leading independent alcohol wholesaler, serving consumers through the on-trade and through its franchise retail estate” said Diana Hunter, Chief Executive of Conviviality.

“The acquisitions of Matthew Clark, Peppermint and Bibendum PLB Group enable Conviviality to fulfil its aim to satisfy all consumer drinking occasions, enabling it to have unrivalled insight and expertise as the drinks sector’s leading wholesaler and distributor.” 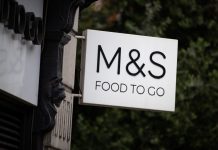 Aldi to bring back Cuthbert the Caterpillar in response to M&S...