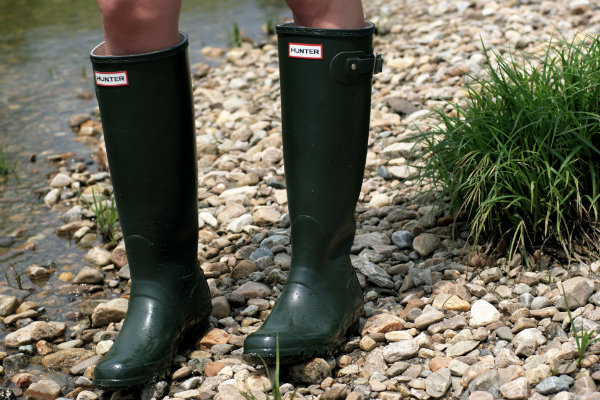 British boots brand Hunter has launched a menswear festival pop-up in Oxford Circus‘s Topman flagship, just in time for the opening of the festival season.

Hunter‘s iconic logo slides and Rubber Chelsea boots will also be available to purchase in a range of colours.

The Topman pop-up follows Hunter‘s announcement made at its inaugural Festival Summit earlier this year that the retailer will be moving away from the traditional fashion calendar to focus on directly engaging customers through new initiatives.

Hunter maintained that is will keep modern-day heritage at the heart of all activities and will continue to explore its connection to music festivals throughout the summer season.

The space was booked through Appear Here as part of their In-Residence programme with 214 Oxford Circus.

“When we partnered with TOPMAN Oxford Circus we wanted to give brands both big and small the chance to connect with this flagship store’s amazing audience. It’s great to see Hunter make the most of this opportunity and promote their festival edit in store, in the lead up to the UK’s festival season,” commented Appear Here CEO, Ross Bailey.

The pop-op will run until Saturday 25th June, with other locations in the pipeline.