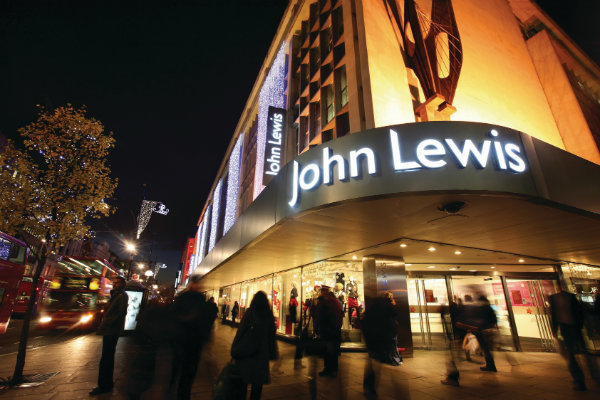 John Lewis has been named the most sought-after employer among UK professionals, according to a new list released by LinkedIn today.

The high street retail brand beat the likes of Virgin Media, Harrods and Google, which were ranked second, third and fourth place respectively.

Other notable retail brands ranked in the top 25 include ASOS, Amazon, Burberry, Sainsburys, Selfridges, House of Fraser and Marks and Spencer.

John Lewis personnel director Harriet Hounsell said it was a “real honour” to be named the most sought-after employer in the UK.

“Attracting top talent to join us is integral to our success,” she said.

“It‘s wonderful to know that potential new partners are taking the time to interact with John Lewis on LinkedIn, a key platform for us, in order to get a sense for our brand.”

LinkedIn talent solutions director Dan Dackombe said: “In order to compete for the best candidates, employers today need to ensure they‘re investing in their employer brand so the right talent can find them.

“Companies like John Lewis and the others in LinkedIn‘s Top Attractors list are setting the benchmark for what it looks like to successfully engage their employees and develop an effective employer brand.”

The release of the Top Attractors list coincides with new research by LinkedIn that reveals what HR teams and recruiters should be looking to offer in order to attract top talent.

This includes the importance of flexibility in work arrangements and a strong corporate culture, with the research showing 78 per cent of UK workers would not tolerate a bad culture, even if it meant working for the top company in their industry. This sentiment is stronger among women than men (82 per cent compared to 74 per cent).

The research also highlights how salaries continue to be the biggest consideration for employees in the UK — almost half rate it as an important factor in weighing up career opportunities.