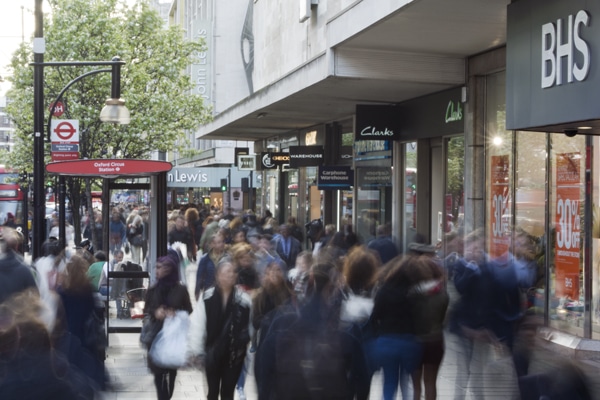 Consumer confidence has experienced its sharpest drop since 1994, according to a one-off survey produced in the wake of the Brexit referendum.

The special Consumer Confidence Barometer, produced by market research institute GfK, has revealed that the Core Index has dipped eight points to -9.

The barometer, which surveyed 2002 people online between June 30 and July 5 to measure the post-referendum sentiment, also shows that all of the key measures used to calculate the index have fallen.

According to GfK, there has not been a sharper drop than this since December 1994.

When splitting the Core Index result, those who voted for UK to remain in the EU were at -13, compared to the more optimistic leave camp at -5.

“During this period of uncertainty, we‘ve seen a very significant drop in confidence, as is clear from the fact that every one of our key measures has fallen, with the biggest decrease occurring in the outlook for the general economic situation in the next 12 months,” GfK’s head of markey dynamics Joe Staton said.

The results of the survey also reveal that 60 per cent of consumers expected the general economic situation to worsen in the next 12 months, an increase from 46 per cent in June.

Only 20 per cent of consumers expected it to improve, compared to 27 per cent in June.

Meanwhile, the proportion of people who fear prices will substantially increase in the next 12 months has spiked from 13 per cent to 33 per cent.

“Our analysis suggests that in the immediate aftermath of the referendum, sectors like travel, fashion and lifestyle, home, living, DIY and grocery are particularly vulnerable to consumers cutting back their discretionary spending,” Staton said.

“As we‘ve learnt from previous periods of uncertainty, consumers turn to well-known brands they love and trust as a guarantee of quality and value for money.

“Now is the time for companies to understand and respond to consumer concerns by anticipating and meeting their needs.”

“It‘s going to be even more important for brands and retailers to work hard at fixture to persuade people to spend,” she said.

“Delivering ‘value‘ – whatever that means to the shopper – is going to be critical.

“Retailers must assume that shopper requirements are going to change once again, and they need to be ready to adjust their offer to meet changing needs.