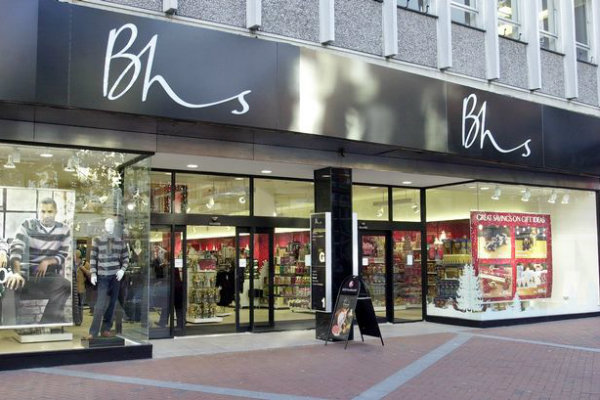 British multi-millionaire Richard Caring has refused to reveal how much money he acquired from the sale of his significant stake in BHS in an open letter to the MPs investigating the collapse of the department store chain.

In the letter, Caring said he paid £10 million for his 22 per cent stake in 2001, but did not disclose how much he received for the shares when he sold it in 2006 to Lady Tina Green – the ultimate shareholder of BHS and wife of retail tycoon Sir Philip Green.

Caring – whose empire includes restaurants, clothing suppliers and nightclubs – was reportedly paid £93.5 million in dividends from BHS while he was a shareholder.

Robin Saunders, who had a 0.5 per cent stake in BHS, told MPs she earned £800,000 for share in 2009. This means Caring could have earned approximately £33.6 million for his more significant stake.

The Greens took control of BHS in 2000 but Carey was not involved in that initial takeover. He also said the deal to sell his stake did not dip into funds from BHS itself, which is why he refused to attend parliament to provide evidence and would not clarify how much profit he made from his share sell-off.

Frank Field MP, one of the committee chairs, said “understanding these mutually beneficial secret deals, understanding exactly how Sir Philip Green managed to make BHS so lucrative for his family in the early years, is crucial to understanding the mess we are in now, with 11,000 jobs and 22,000 people‘s full pension entitlement on the line”.

The news comes a day after it was revealed Lord Grabiner, the chairman of Green’s Arcadia Group – a retail empire that includes Topshop – also wrote to the committee of MPs and refuted their notion a lack of corporate governance led to BHS’ collapse.

MPs were probing Arcadia directors in regards to the company‘s corporate governance after its finance director Paul Budge recently revealed “a very small” team met daily to discuss the sale of BHS with the board’s approval.

However, Grabiner refuted the MPs’ argument that he and other Arcadia non-executive directors should have been involved in the sale of BHS.

“There was no special obligation for me to a member of the group which conducted the sale process leading to the disposal of BHS. The UK Corporate Governance Code does not apply to private companies,” he wrote.

“It should not be remotely surprising that as the non-executive chairman of a private company, without any of the knowledge or expertise, I was not a member of the group and played no hands-on role in the sale transaction. Suggestions which have been made to the contrary are founded on misunderstandings of the facts.”

Arcadia’s non-executive directors, such as Grabiner, repordtedly learned the identity of BHS‘s new owner nefore the deal was formally made, but it had been agreed in principle.

“If, hypothetically, all the non-executive directors had been invited to the meeting I do not believe the outcome would have been any different,” Grabiner wrote.

The demise of BHS in April sparked an inquiry by MPs into the wherabouts of the company’s cash after 11,000 people were left out of work and a £571 million black hole in its pensions fund was discovered.