Former pensions protection fund chairman, Lady Barbara Judge has said in an interview to BBC Radio 5 that the former BHS chairman should cover the huge pensions deficit himself.

Judge has also called for new powers for the Pension Regulator to avoid a repeat of the huge losses incurred.

“My proposal is that the Pensions Regulator or some other agency be set up, like the Competition and Markets Authority, [so] that every time a corporate transaction of a certain size takes place with a pension fund of a certain size… a filing would be made by the parties it interested,” Judge said.

“They would say this is the deal… and this is what we are going to do for our pensioners.

“Under my scenario we would have a pensions regulator that looked at every pension fund in the country and then had an obligation to talk to those pension funds about what they were doing.”

Following the controversial collapse of BHS and the remaining £571 million deficit, Green has come under increasing pressure to compensate those who have lost their pensions under the collapse of the high-street giant BHS.

The chairman of the committee investigating the collapse of the company, Frank Field MP, has also called for Green to compensate employees from his own pocket. 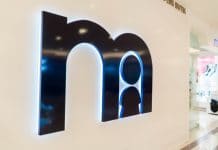 2800 jobs affected, 79 stores to shut as Mothercare falls into administration

Sports Direct to hold second vote on future of its chairman