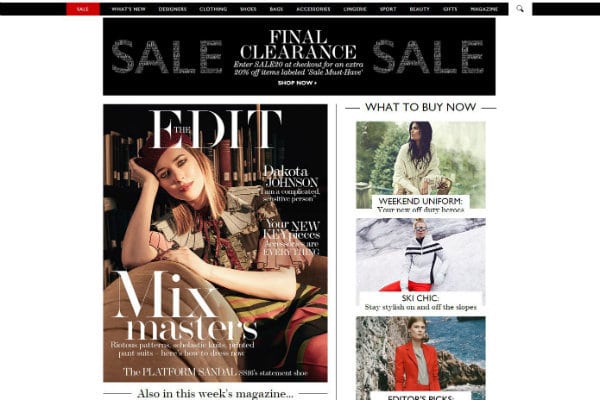 Luxury online retailers Yoox Net-a-Porter has reported a sharp increase in its half-year profits and sales, thanks to an increasing number of customers helping it offset a slow market.

The fashion firm, established last year after the merger of Yoox and Net-a-Porter, reported a 15.2 increase in its first-half adjusted EBITDA, while its sales surged by 15.8 per cent in that same period.

The retailer raked in around £64 million year-on-year for its adjusted EBITDA over the half-year to June 30.

As for its sales, the etailer took home around £761 million during the first half, wbich was boosted by a 17 per cent uptick in second quarter sales.

The group’s websites also posted a rise in active users from 2.3 million last year to 2.6 million.

“The positive momentum maintained across all our business lines demonstrates the strength of our model and its significant potential for further profitable development,” chief executive Federico Marchetti said.