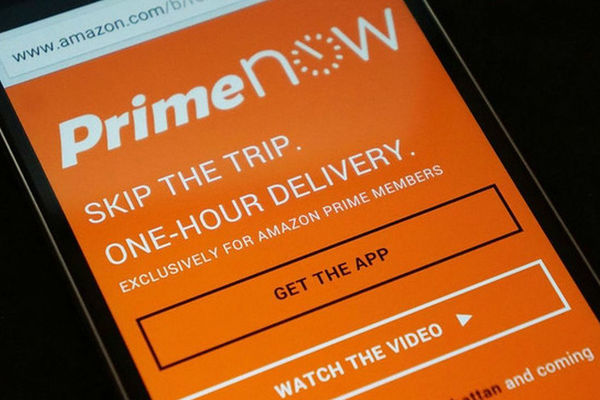 First it was the supermarkets, now it‘s the restaurants – Amazon has just expanded its delivery services with the launch of Amazon Restaurant, allowing customers to have meals delivered within one hour.

Taking on the likes of Deliveroo, UberEATS and Just Eat – Amazon Restaurants service is the latest effort by the online retail behemoth to attract customers to its £79-a-year subscription base and following ultra-fast delivery offers, such as the recent introduction of Amazon Fresh grocery deliveries.

Amazon Restaurants allows members in certain London postcodes to order food from selected restaurants in their area via the Prime Now app for free delivery within an hour.

Customers have the choice of ordering food from a range of eateries, from family restaurants Strada or Planet Hollywood to Michelin-starred Indian restaurant Benares, or from Japanese restaurant Kiru to Comptoir Libanais‘ Middle Eastern delights.

Those who use the service can use the Amazon Prime app to view participating restaurants, browse menus, place orders and track their deliveries in real time.

Amazon has also promised customers no menu mark-ups or hidden fees for the delivery service, provided their orders are at least £15 in total.

“London offers some of the best cuisine from around the world, so we‘re delighted that Amazon Prime customers can now enjoy food from their favourite restaurants via Amazon‘s ultra-fast Prime Now service,” Amazon UK‘s head of Amazon Restaurants Al Wilkinson said.

“Based on our own research into what is important to consumers in food delivery, our team have hand-picked a selection of the best quality local restaurants in London.

“We‘re excited to be helping many of these small businesses start offering home delivery for the very first time.”

Amazon Restaurants was launched in Seattle in 2015 and has been rolled out to 14 more cities since.

Prime Now also launched in the UK last year, giving members in nine urban areas across the UK one and two-hour delivery on more than 15,000 items.

Amazon Prime membership grew by 51 per cent last year, and while Amazon did not clarify the exact membership base, it said there were “millions” of Prime members in the UK.

The retailer plans to expand its Amazon Restaurant service to cover additional London postcodes and urban areas across the UK.